Anna Tsantir, 43, the co-founder of the Two Bettys Green Cleaning Service, is photographed at the company's office in Minneapolis, Minnesota on March 25, 2016.

At right behind her is artwork by Dan Ibarra, who does graphic design for the company.

The other co-founder, Sam Meyers, passed away in 2013. In 2007 when they founded the company, she said, "It was Sam and I and a mop and a bucket." Now they have an office staff and 90 cleaners who work with them. 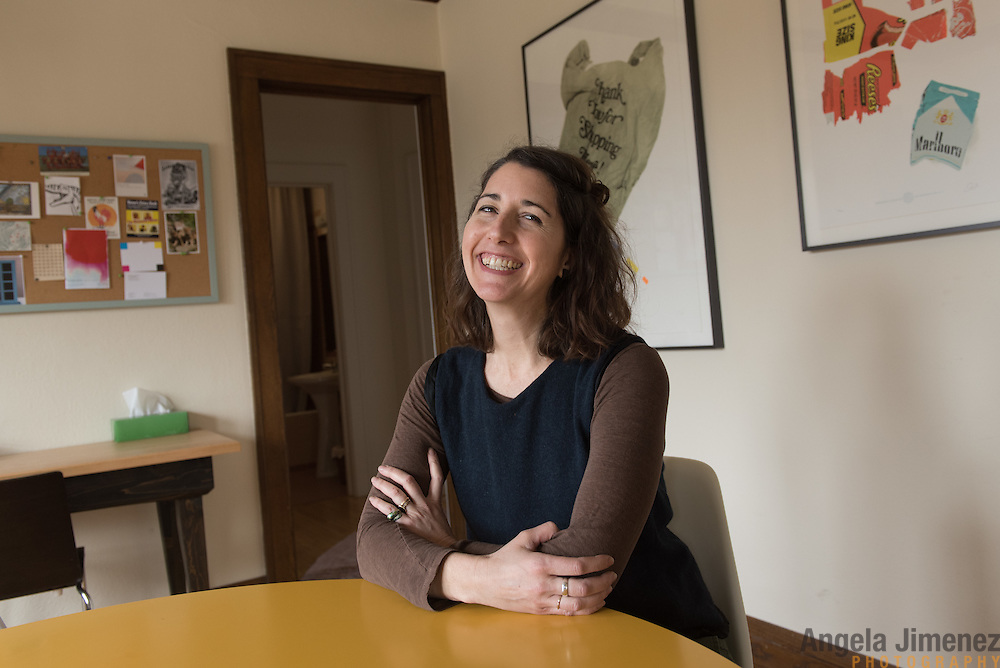