Several Black Lives Matter protesters argued with a Bloomington police officer after a man was arrested in the rotunda where people had gathered at the Mall of America. Protest organizers quickly asked people to leave, and a group traveled to Minneapolis-St. Paul International Airport's Terminal 2 via light rail during a day of protests on December 23, 2015. 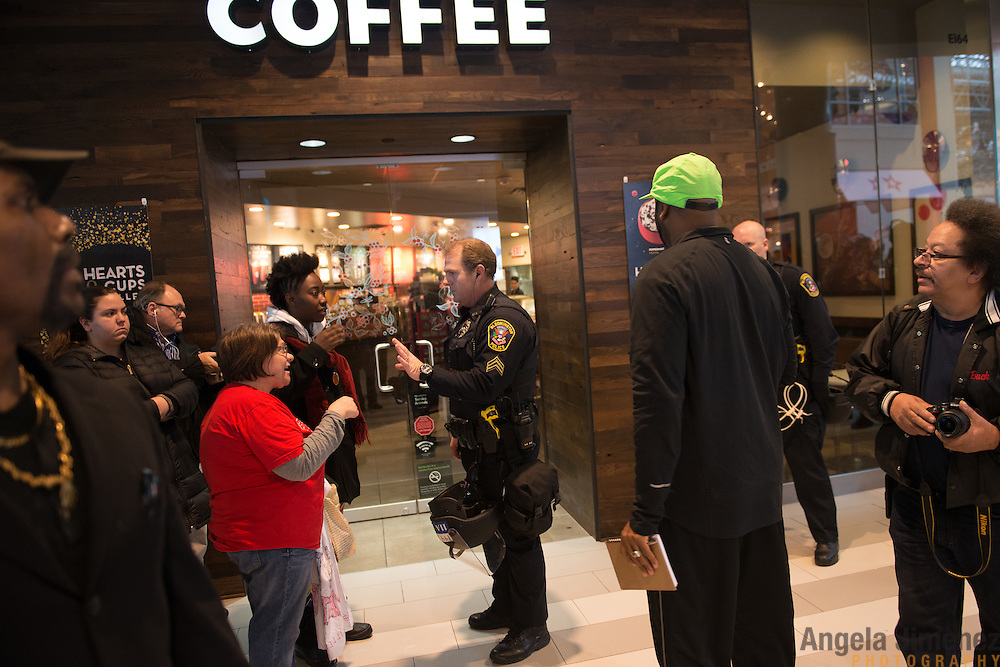