A large police contingent (consisting of officers from the MSP Aiport police and Richfield, Bloomington, Burnsville, Eagan and South St. Paul police departments) pushed a group of Black Lives Matter protesters onto the light rail platform at Minneapolis-St. Paul International Airport's Terminal 2, where protesters had arrived from an earlier protest gathering at the Mall of America before entering the airport at several locations, during a day of protests on December 23, 2015. 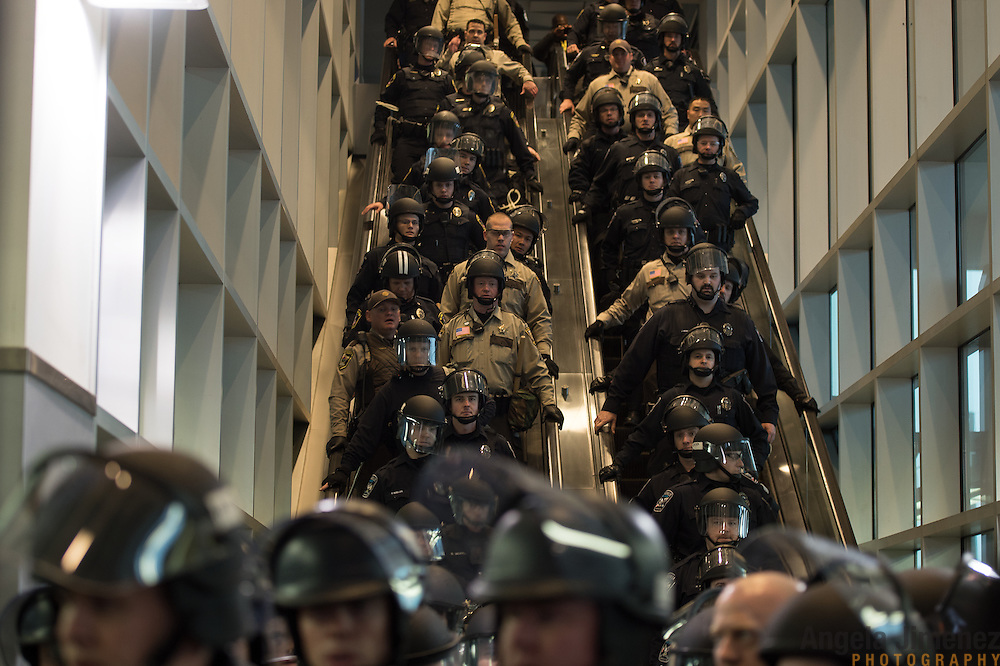