Black Lives Matter leader Nicque Mabrey, is arrested by Bloomington police after they pushed protesters out of the airport and back onto the light rail platform at the Minneapolis-St. Paul International Airport's Terminal 2 during a day of protests on December 23, 2015. Officers had issued warnings that those who did not depart on one of the two trains in the station would be arrested. 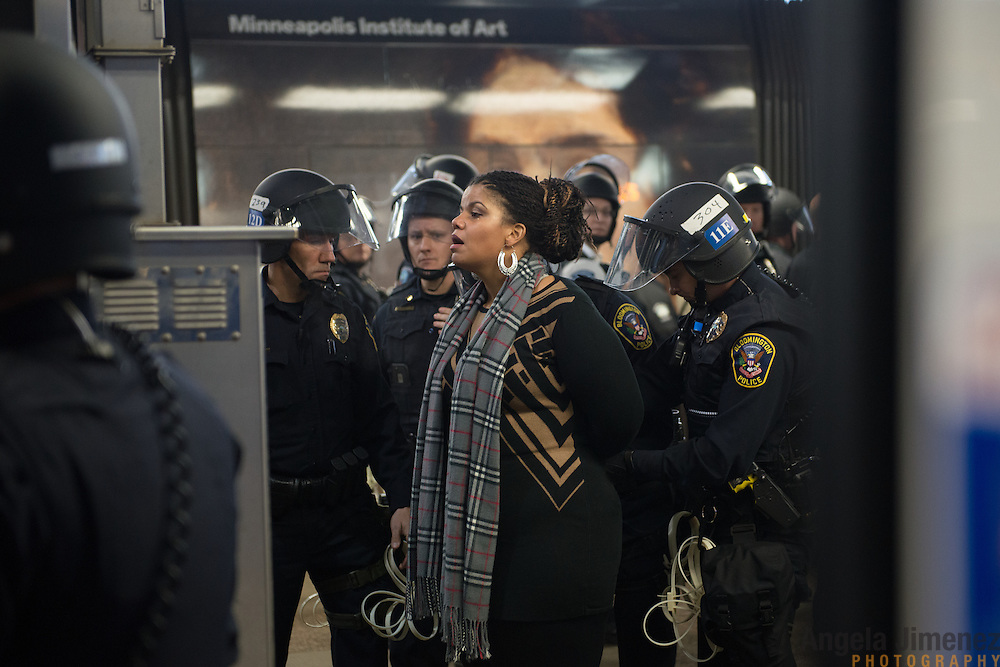