At the request of activist leaders, Black Lives Matter protesters left the rotunda where they had gathered at the Mall of America, then traveled to Minneapolis-St. Paul International Airport's Terminal 2 via light rail during a day of protests on December 23, 2015. Here, protesters face off with police and state troopers, who held one group of the protesters in a stairwell and did not allow them to enter the airport. 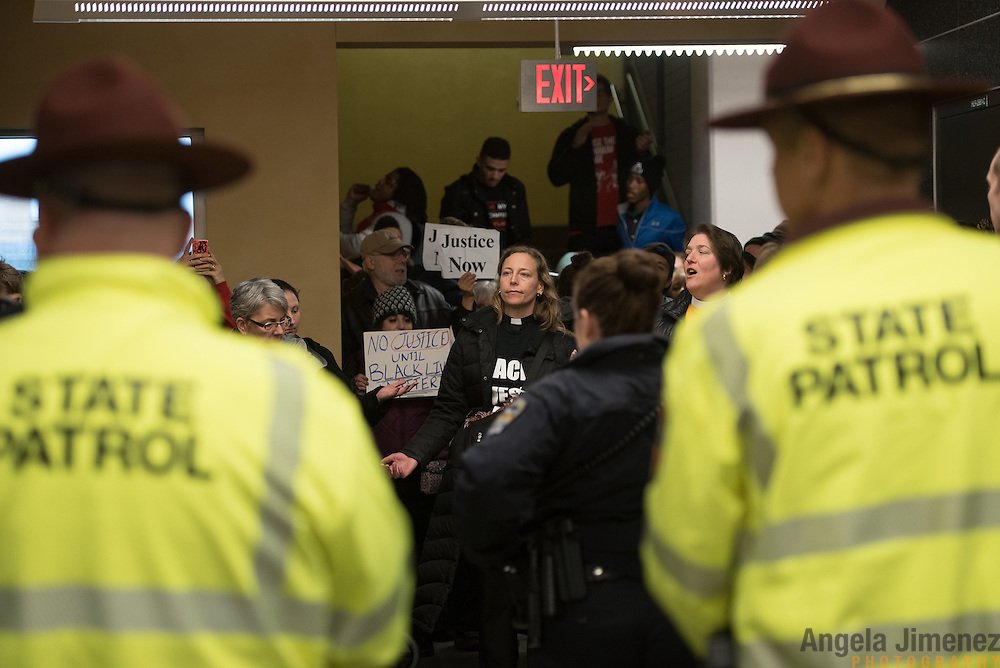