Purple people: Daniel, 18, and Diana, 13, of Saint Paul, dyed their hair different shades of purple for a visit to Prince's home and studio, Paisley Park, in Chanhassen, Minnesota, which became a memorial pilgrimage site after the announcement of the musician's death, in the late afternoon on Sunday, April 24, 2016.

*purple people photographed with a purple gel on my flash. their guardian asked that their first names only be used. 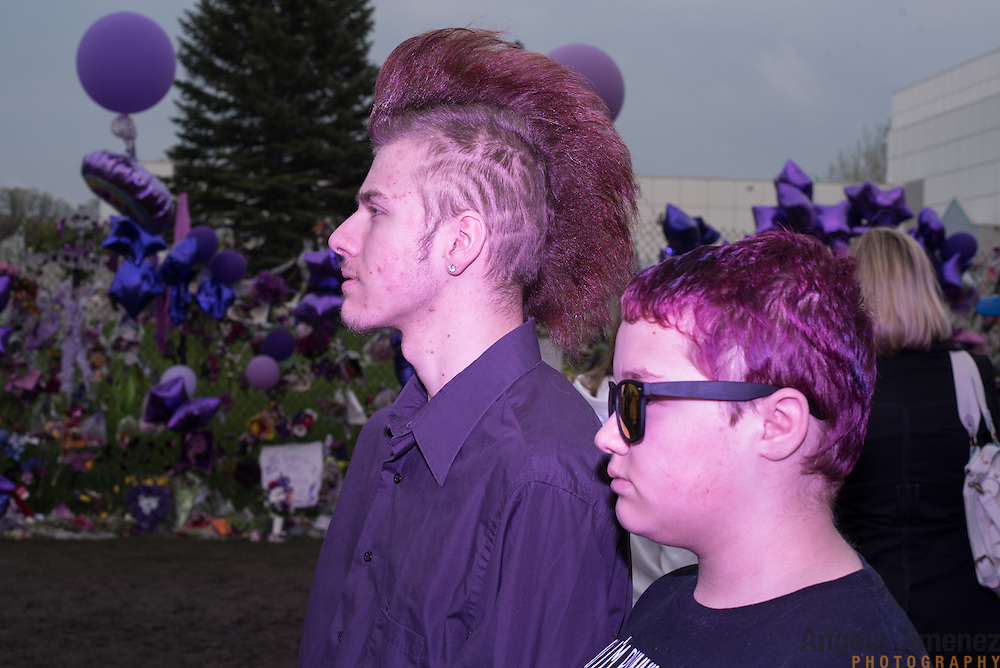