Parents and children participate in a children's protest march from Maxfield Elementary school to a short rally J.J. Hill Montessori School in St. Paul on July 10, 2016, a continuation of the protests have erupted here since the police shooting of Philando Castile.

Kamaria Milton, 11, of St. Paul, whose mother helped organize the march, leads the crowd down the street. 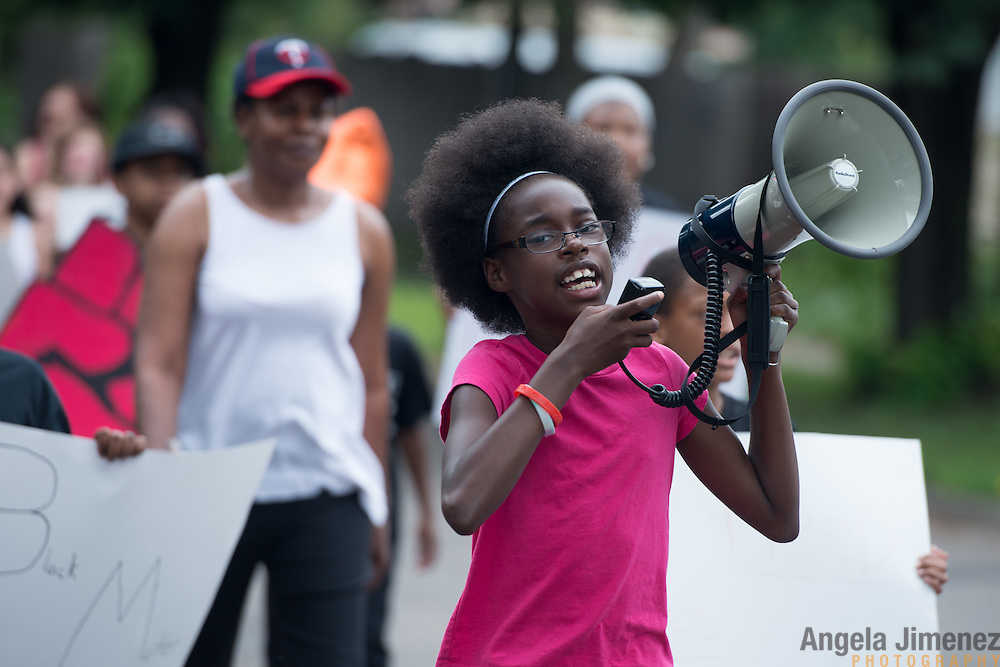