Here, police arrived and gave the customary three orders to disperse before peacefully arresting the protesters. 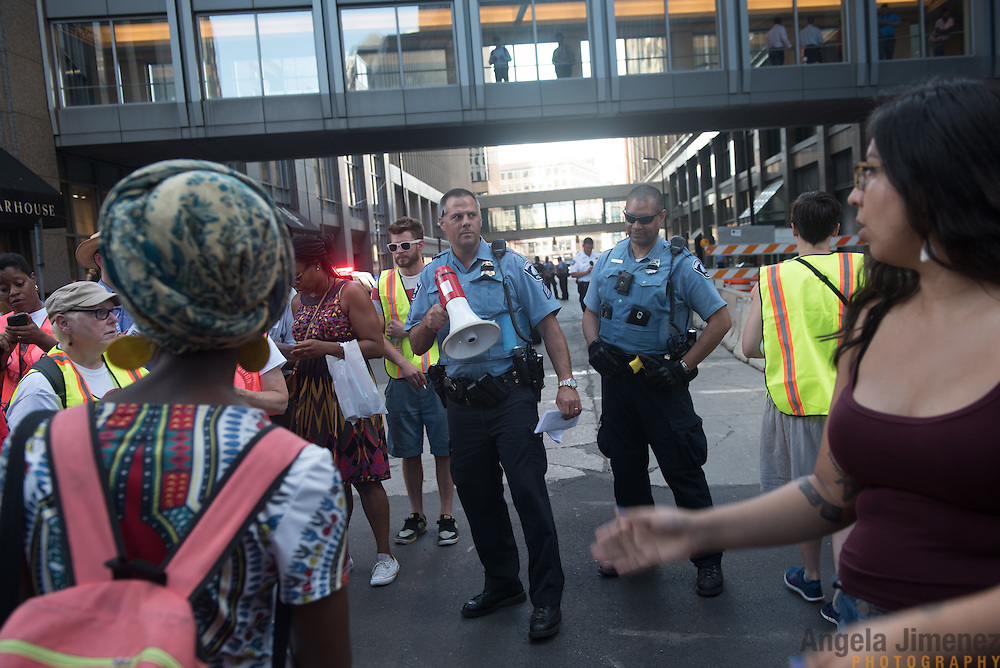