Raising her fist at center, before being arrested, is Michelle Wiese, president of the teachers chapter of the MFT. 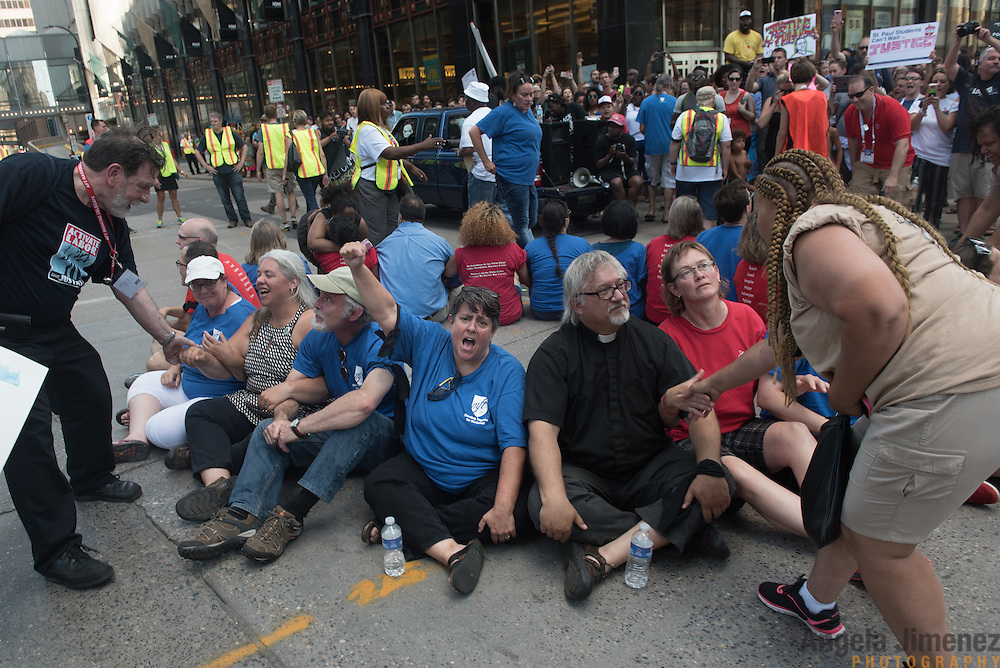