Here, an officer tells a woman she is going to be arrested. 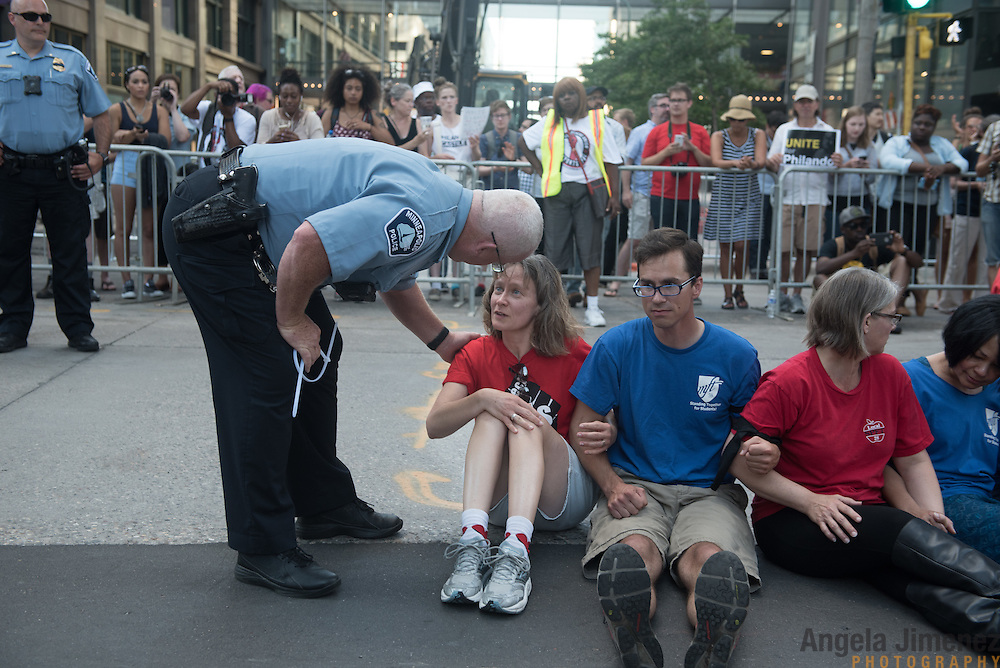