"Follow the money," said the hand-written script he was reading from. "The path leads right here to US Bank. Stop killing us. Stop robbing us. Black lives matter."

The group marched to the US Bank headquarters where a group of 21 people (identified by protest organizers as teachers, parents and clergy) were arrested as they sat and blocked the intersection. 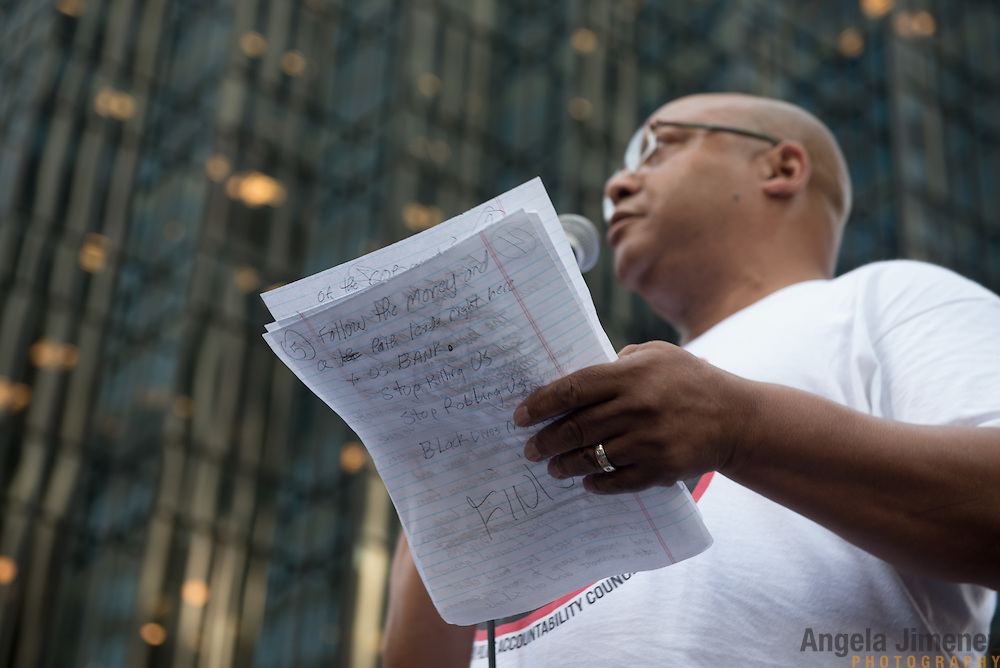