The last person arrested was Kimberly Colbert, right, a member of the Saint Paul Federation of Teachers and an English teacher at Central High School in St. Paul, from which Philando Castile graduated 15 years ago. 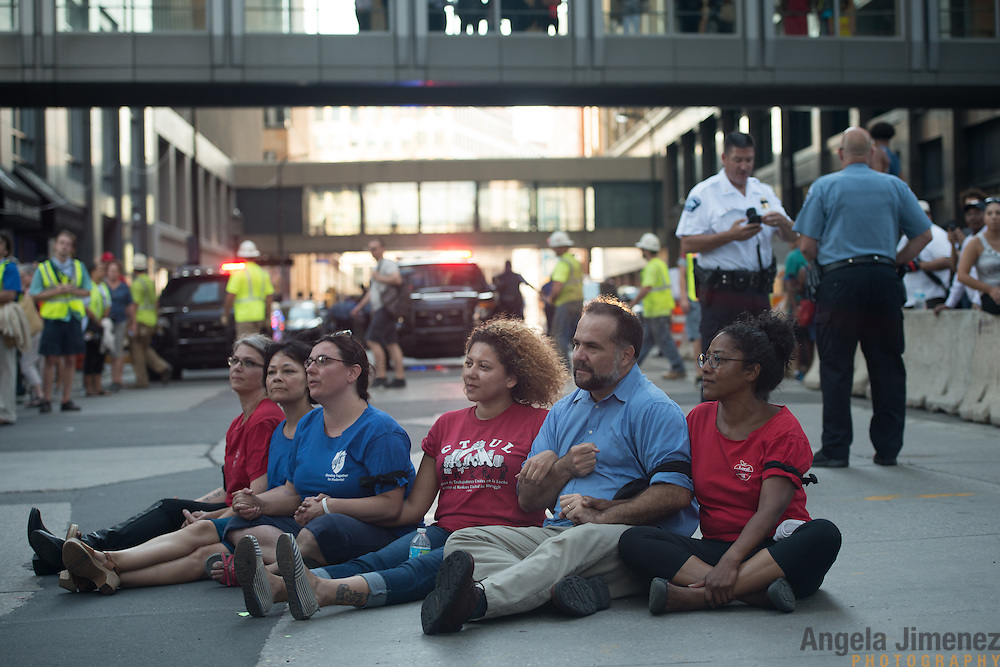