The last person arrested was Kimberly Colbert, right, a member of the Saint Paul Federation of Teachers and an English teacher at Central High School in St. Paul, from which Philando Castile graduated 15 years ago. Here, she holds hand with the others waiting to be arrested. 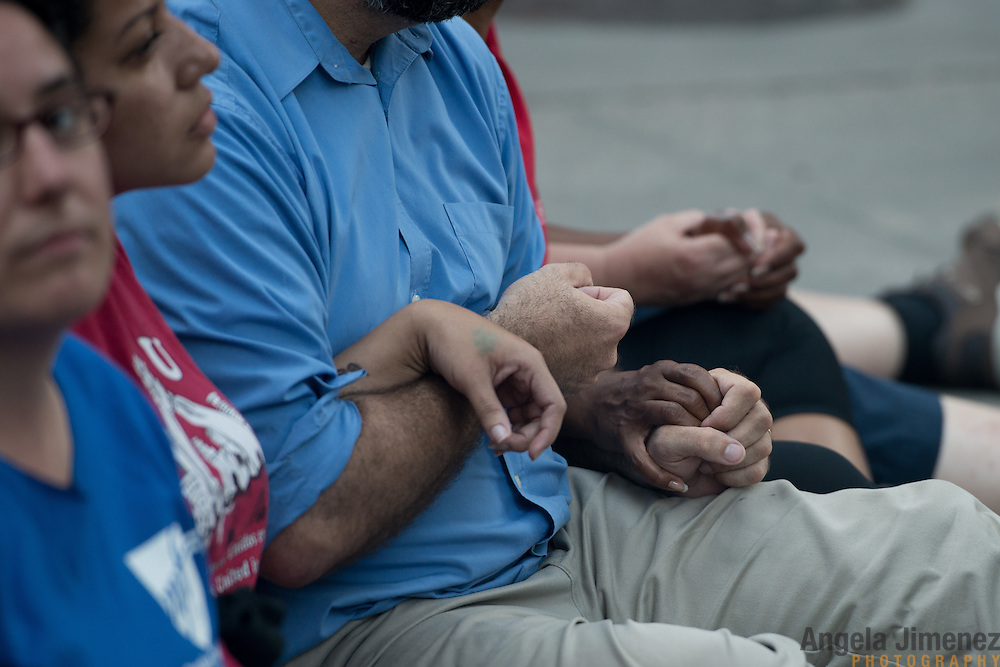