Protesters and police faced off for hours at the corner of Oxford Street and Summit Avenue, near the Minnesota Governor's Residence in St. Paul, Minnesota in the early morning of July 27, 2016. Twenty protesters were arrested.

A protester pours water in a line in front of the police. "This is our line," he said.

These arrests came after a long day of arrests of protesters who have been camped out in front of the mansion since the police shooting of Philando Castile. 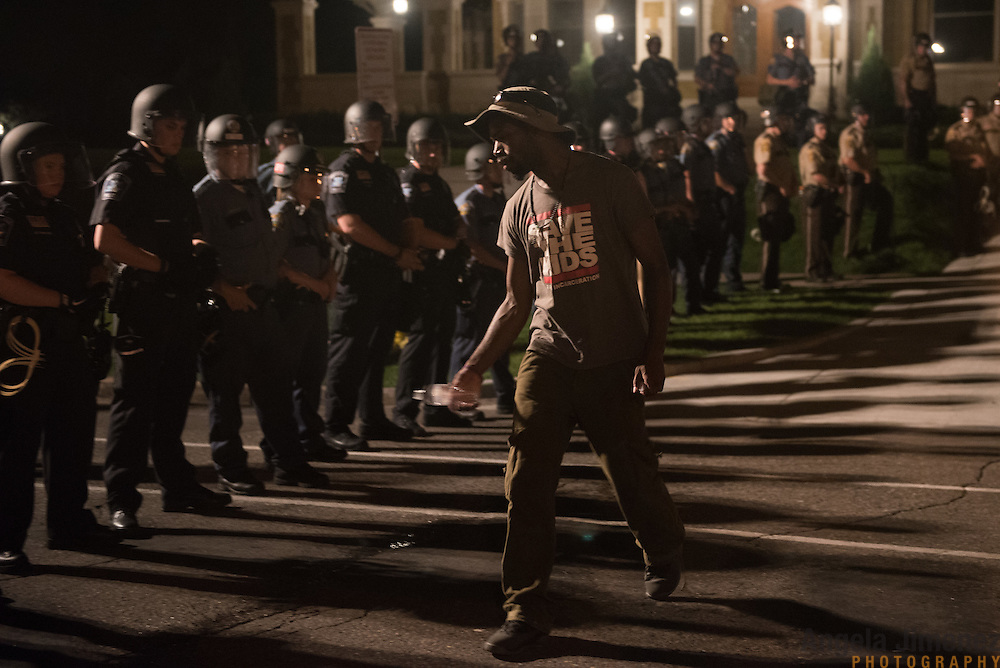