Minnesota season ticket holders, including Dayna Shimizu, third from left, of Hastings, got to walk onto the field and unfurl a banner at the start of the game during the national anthem. 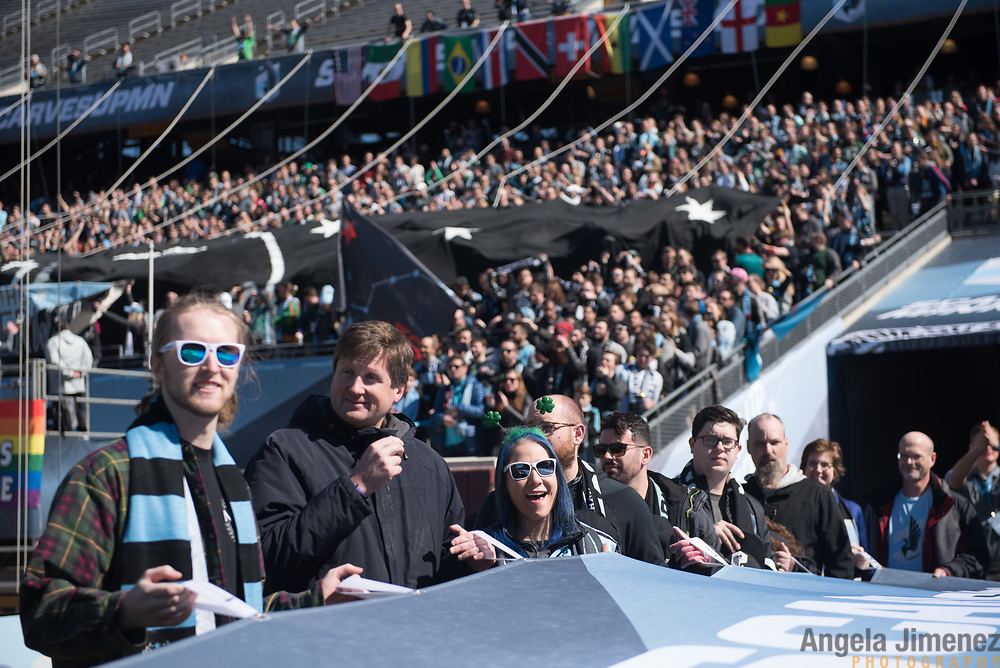