Minnesota Dark Cloud fan Tyler Nelson, of Minneapolis, chooses to sit in a quieter section of stands without a lot of rowdy cheering and flags so he can watch the flag. And, he says, so he can get the cheers going in another part of the stadium. 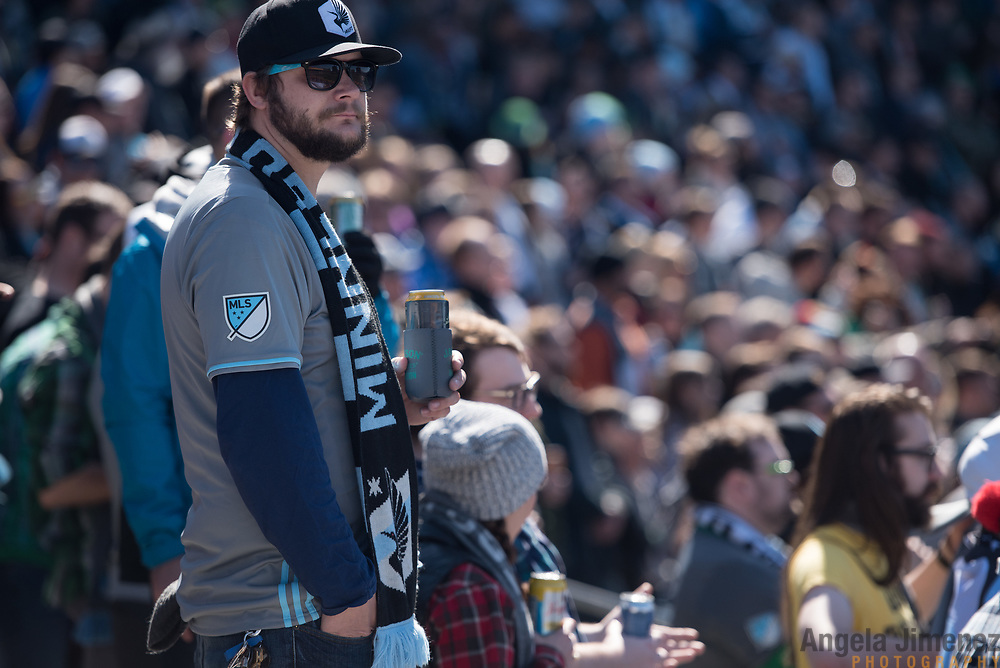