True North Elite fan Ari Hillman, of Golden Valley, works the capo stand with representatives of the Dark Clouds and the Face of the North Star, other fan groups. (Capo is an Italian word for captain). 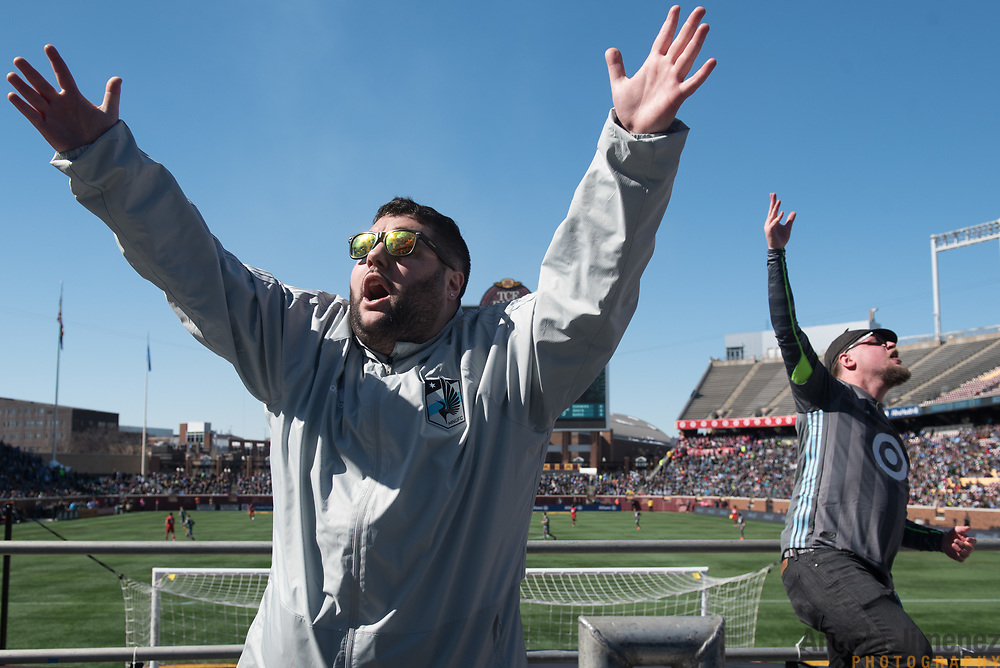