Nekima Levy-Pounds, kneeling, president of the Minneapolis NAACP, faces off with a line of Minnesota State Patrol Troopers as protestors with the Black Lives Matter movement shut down the westbound lanes of I-94 West for several hours starting at 7 pm on Monday, November 16, 2015 in Minneapolis, Minnesota. Several dozen people remained after police issued multiple warnings to disperse, and 51 were arrested (43 adults and 8 juveniles).

Levy-Pounds was among those arrested.

The actions came in reaction to the shooting of 24-year-old Jamar Clark by Minneapolis Police on Sunday. Minneapolis Mayor Betsy Hodges has asked the U.S. Justice Department for a civil rights investigation into the shooting. 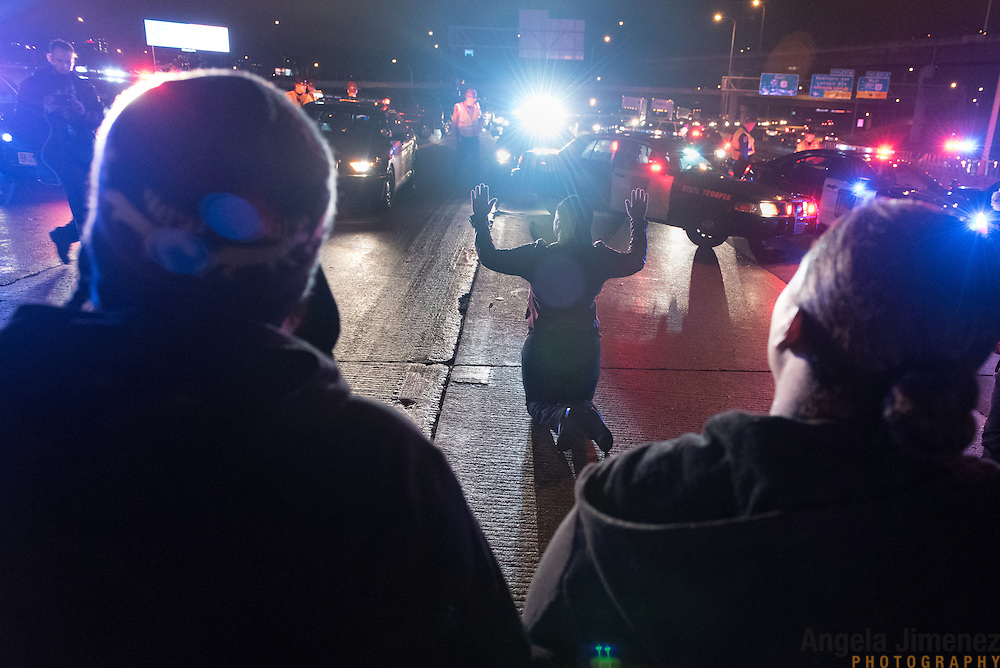