Rancher Christina Traeger's daughter Hailey, 15, sits on Flo, one of their grass-fed British White cattle at the Rolling Hills Traeger Ranch in Avon, Minnesota as Flo licks from an apple cider vinegar station, used as a natural bug repellant. [ Angela Jimenez/Special to the Star-Tribune angelajime@gmail.com Assignment #20035502A_ SLUG: RANCH_ EXTRA INFORMATION: Christina Traeger, who raises grass-fed British White cattle on her 75-acre Rolling Hills Ranch in Avon, Minnesota with the help of her daughters Rebecca, 20 and Hailey, 15, takes a tour of her ranch on July 29, 2014. She is one of the few women ranchers in the area and is an advocate of healthy eating. Christina, who farms on land that has been in her family for generations, sells her meat and produce at farmers markets and is hosting a national conference next month. 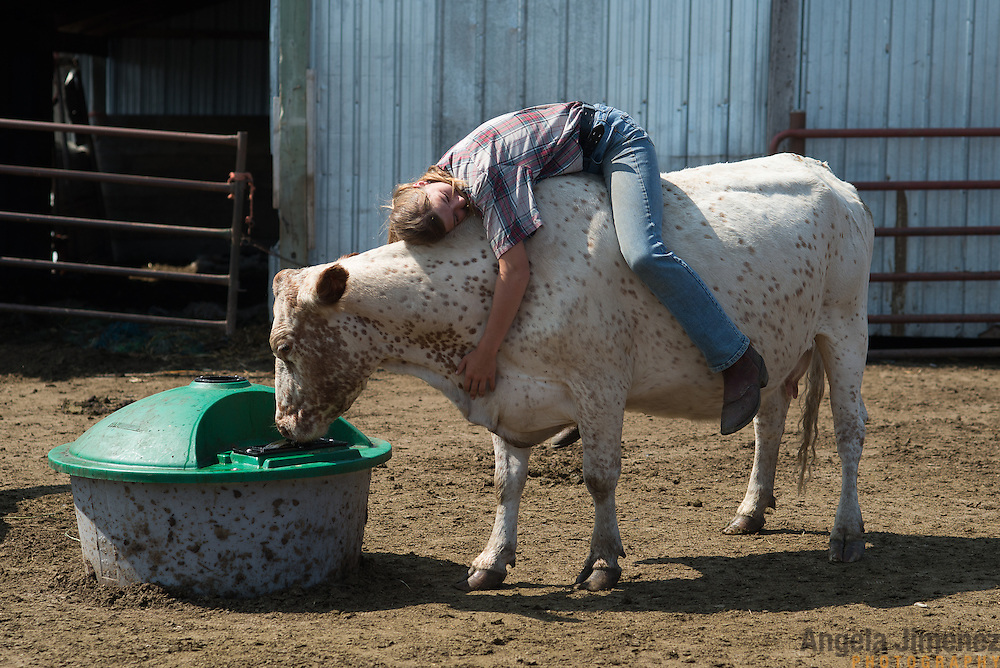