Noel Baggett, bottom in blue suit, spars with Bryan Northam, both of the Golden Gate Wrestling Club in San Francisco, California. The club was founded at the time of the Gay Games thelselves. 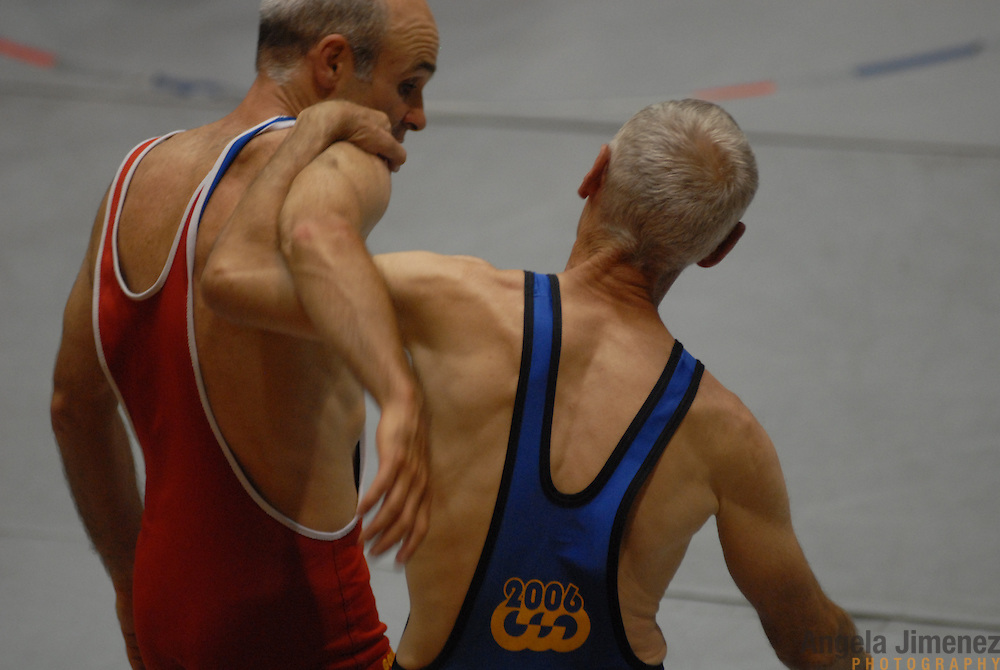