Workshop participants do an exercise during the "Developing a Character" workshop led by Stacey Whitmire of Brooklyn, New York, foreground with back to camera, an actor and the inventor of her "Johnny Kat" drag king persona at the Ohio State University's Ohio Union in Columbus, Ohio, during the 4th Annual Internationl Drag King Extravaganza on October 19, 2002. The conference consists of workshops and gender performances by biological and transgendered women performing as drag kings (dressed as men) and as femmes (dressed as feminine women). 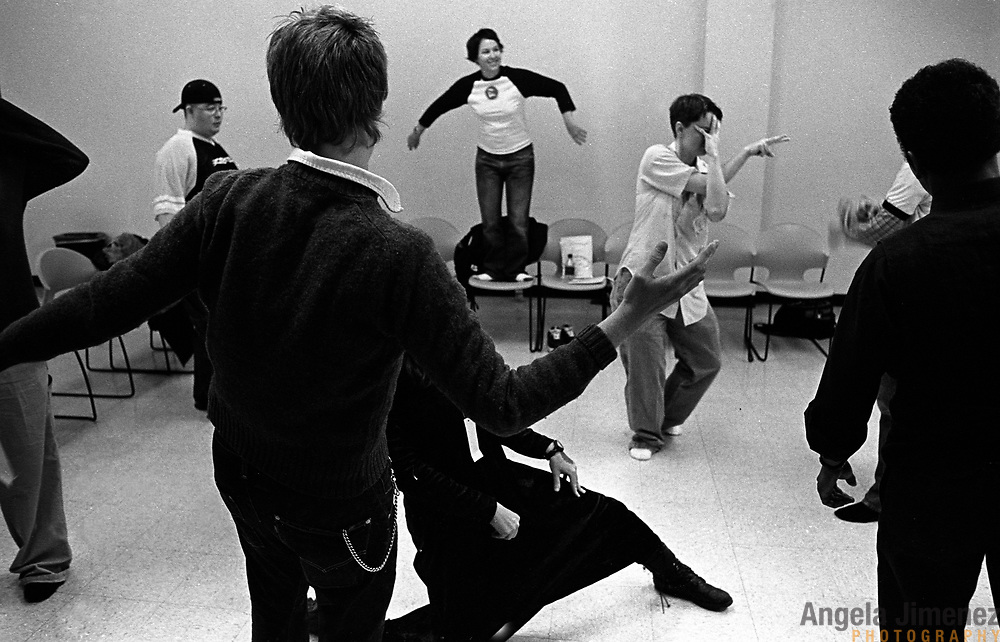