Angelo Del Rossi, center, watches footage of a devastating 1980 fire which destroyed the Paper Mill Playhouse during the showing of a film about his life and the theater at the 2004 Paper Mill Gala, "Angelo Del Rossi: A Life in the Theater," a celebration of Del Rossi's 40-year tenure as President Emeritus of the Paper Mill, the State Theater of New Jersey. Del Rossi was head of the theater at the time and integral to its revival after the fire. The event, held at the Birchwood Manor in Whippany, featured silent and live auctions to benefit the theater and speeches and performances in honor of Del Rossi. On the right is performer Betsy Palmer. 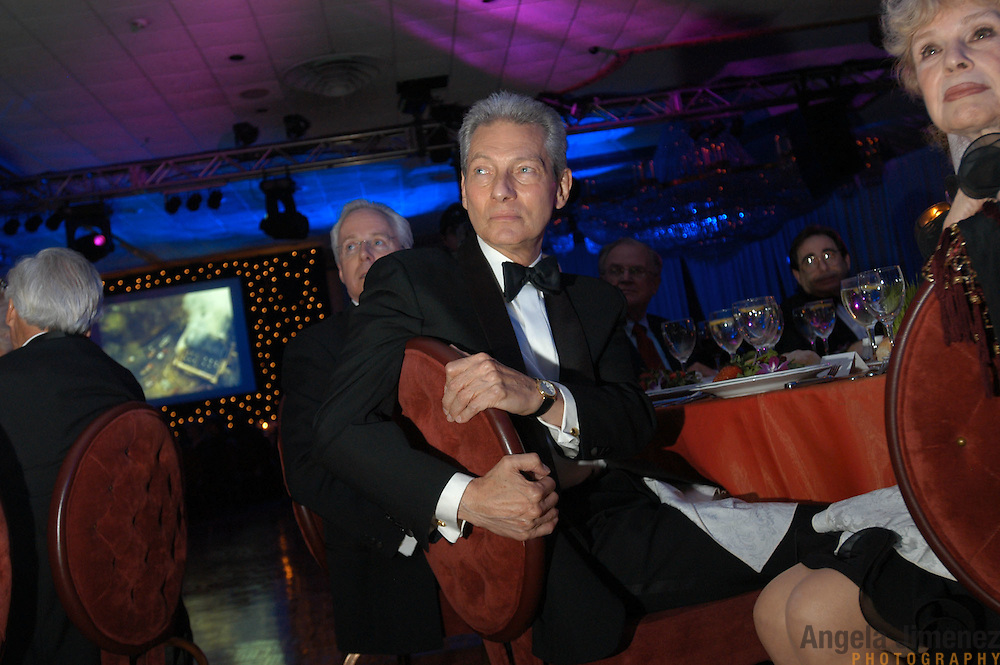