Choreographer/costume designer/show director Lemington Ridley, foreground, directs dancers Michele Knaub, from left, Simone Assboeck, Meredith Stead and Arlene Yu, during a rehearsal for "A Show Unlike Anything on Broadway!" at Stepping Out Studios in Manhattan on April 25, 2007 in preparation for the 5 Boro Dance Challenge...The locally produced 5 Boro Dance Challenge, New York City's first same-sex dance competition, was held at the Park Central Hotel in Manhattan from May 4-6, 2007. ..The show was the entertainment presented in addition to the competition. ... 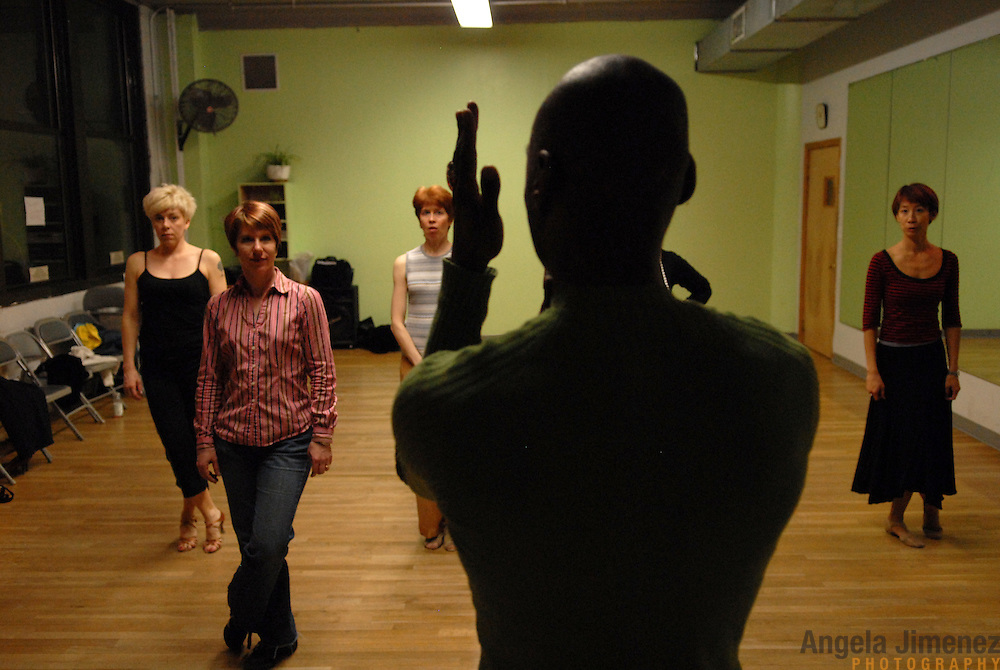