Interfaith leaders from New York City and around the world gather for a ceremony at Prepare New York's Ribbons of Hope public art project held on the tenth anniversary of the 9-11 terrorist attacks in Battery Park in New York City on September 12, 2011. Ribbons inscribed with personal messages were tied to display panels which stood in the Park over the weekend. ..Prepare New York is a coalition of New York-based interfaith organizations, including Auburn Seminary and its Center for Multifaith Education, Interfaith Center of New York, Intersections International, Odyssey Networks, Quest, and Tanenbaum and its Religion and Diversity Education Program, who have joined together to "help create a city-wide climate that promotes healing and reconciliation" in anticipation of the tenth anniversary of 9/11. September 11th Families for Peaceful Tomorrows, 9/11 Community for Common Ground Initiative, and Abraham's Path are serving as advisers to the multifaith organizations...Photographed by Angela Jimenez for Prepare New York.www.angelajimenezphotography.com 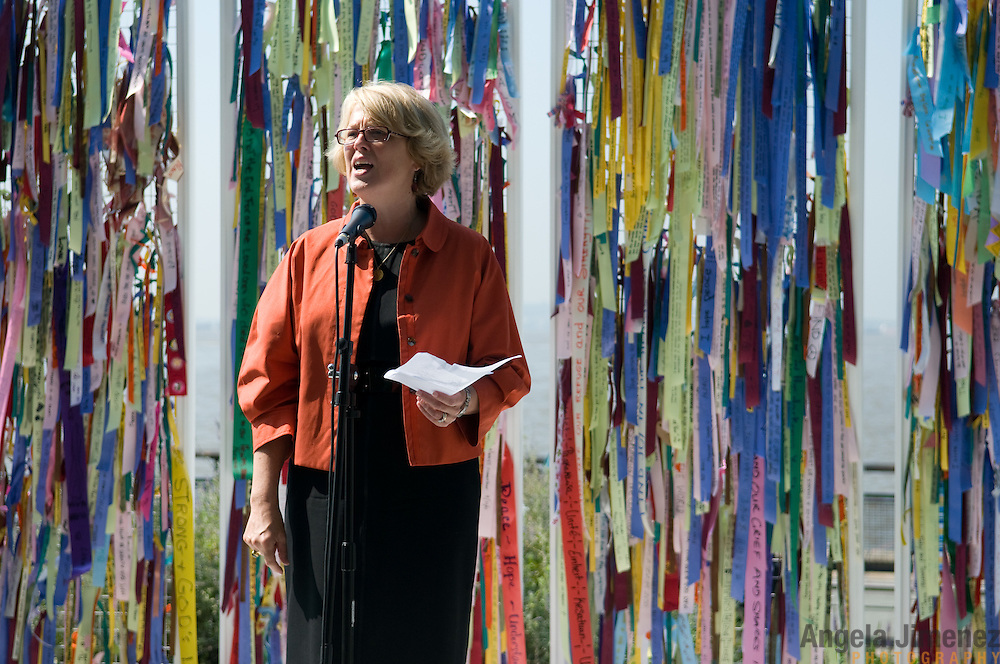