Marie Rose Dorismond, whose son, Patrick, 26, was killed by undercover New York City Police narcotics detective Anthony Vasquez during a drug buy-and-bust operation on March 16, 2000 arrives at the Port Authority bus terminal in New York City after a 27-hour Greyhound bus ride from her home in Port St. Lucie, Florida on November 30, 2006. Dorismond, seen here talking to a family member as she waits for a ride on 8th Avenue between 41st and 42nd Street outside of the bus terminal, has come back to the city to attend the funeral of Sean Bell, 23, who was killed last week by New York City police officers. Vasquez was acquitted of all charges related to the killing of Dorismond's son. 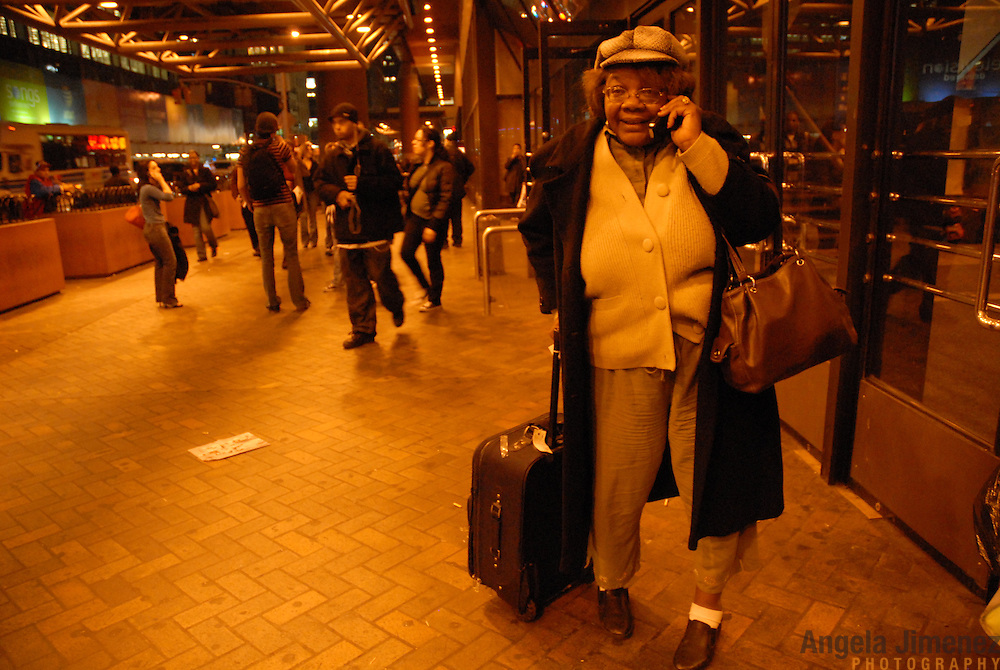