People gather for a "March for Healing and Justice for Justine + ALL killed by police" in memory of Justine Damond, organized by the New North and Women's March Minnesota in the Fulton and Linden Hills neighborhood on July 20, 2017.

Photo by Angela JimenezDamond (her name was Justine Ruszczyk but she was scheduled to marry her fiancee Don Damond in a few weeks and she went by his last name), who was Australian, was shot and killed the previous evening, July 15, 2017, by a Minneapolis police officer in the alley on W. 51st Street between Washburn and Xerxes Avenues South in the city’s Fulton neighborhood after she allegedly called 911 to report an altercation. 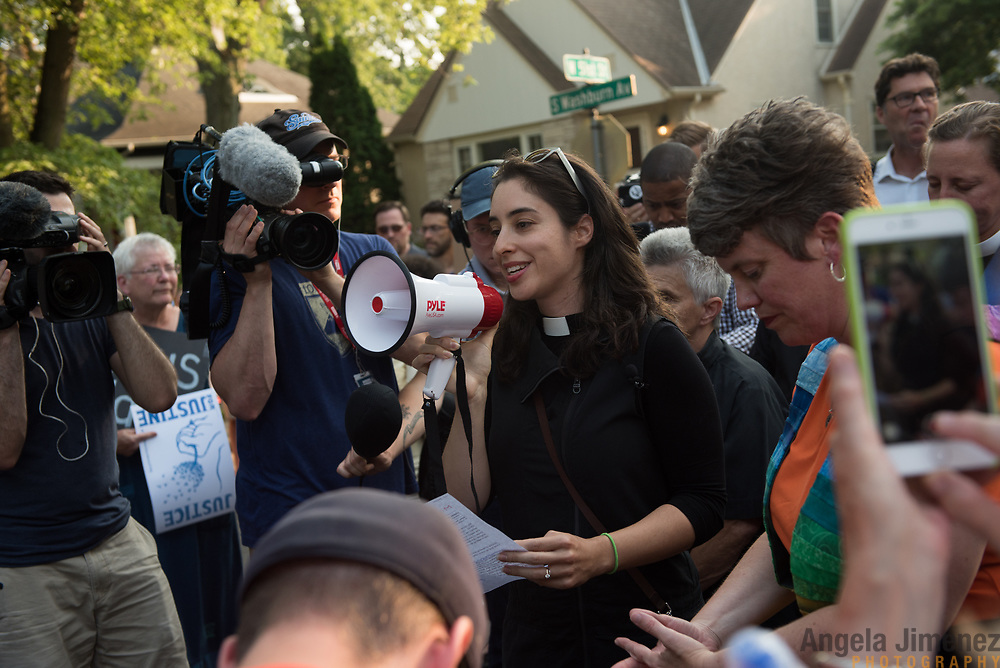