People attend the 9-11 World Trade Center Memorial Floating Lanterns Ceremony on the tenth anniversary of the 9-11 terrorist attacks on Pier 40 in New York City on September 11, 2011.

The event, which was founded by Rev. T. Kenjitsu Nakagaki, Vice President of the Interfaith Center of New York and is sponosored by a group of non-profit organizations, is modeled after the traditional Japanese floating lantern ritual, for which people gather in late summer during the “obon” memorial week to float lanterns down local rivers in remembrance of loved ones who have died.

A ceremony featuring music and comments by interfaith leaders was followed by the placing of lanterns made by attendees into the Hudson River. 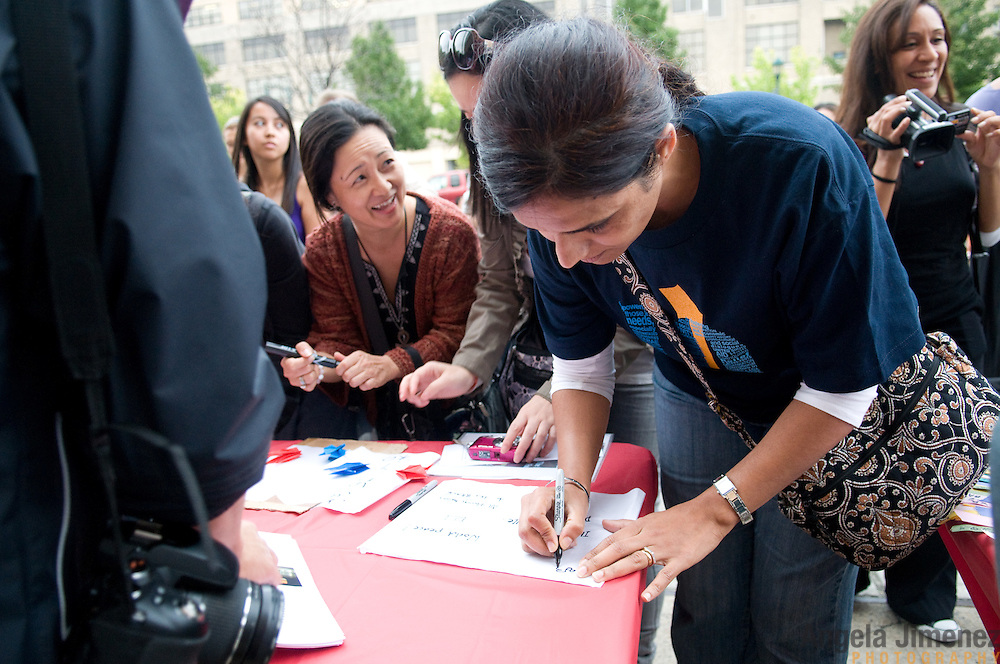