Conny Degraaf, left, a professional judge of amateur and latin ballroom (and a 9-time former Belgian ballroom dancing champion)from Antwerp, Belgium, judges the adult men's latin division of the same-sex ballroom dancing competition during the 2007 Eurogames at the Waagnatie hangar in Antwerp, Belgium on July 14, 2007. .."I like it," said Degraaf, who had never before judged or even seen a same-sex dancing event. "I was a little afraid. I've been judging 20 years...but it was just like normal dancing. I like it."..Over 3,000 LGBT athletes competed in 11 sports, including same-sex dance, during the 11th annual European gay sporting event. Same-sex ballroom is a growing sports that has been happening in Europe for over two decades. 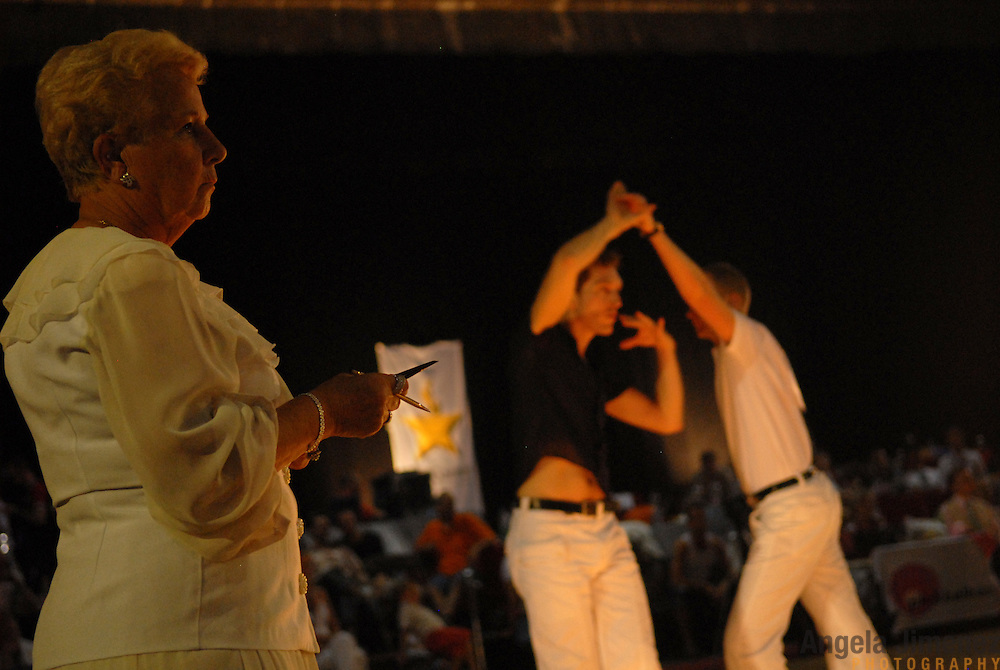