"Ken Las Vegas" of Washington D.C., a drag king and publisher of the drag king zine "Kingdom," poses on the pool table with the 8 ball after his performance at the 4th Annual International Drag King Extravaganza at the Millenium Nite Club in Columbus, Ohio on October 19, 2002. The conference consists of workshops and gender performances by biological and transgendered women performing as drag kings (dressed as men) and as femmes (dressed as feminine women). 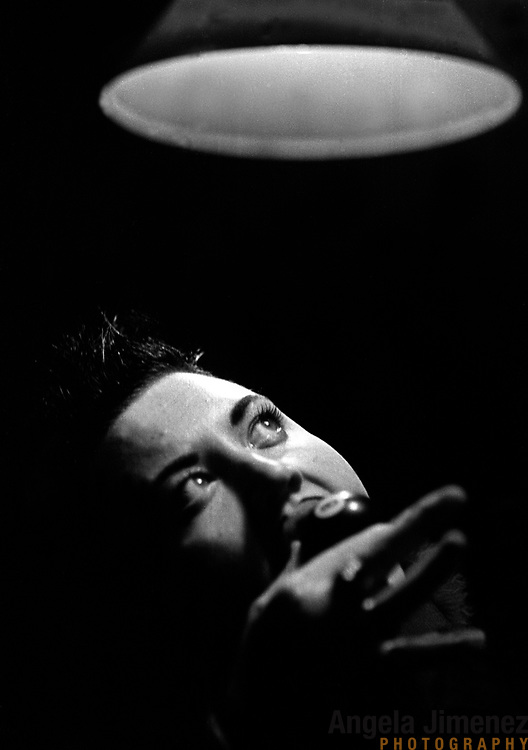