World Champion same-sex ballroom dancer Robert Tristan Szelei, right, with dance partner Gergely Darabos, negotiates about stage space for the DJ with event organizers from Club Bohemian Alibi at the Korcsarnok arena in Budapest, Hungary on October 20, 2006, the day before the 2nd annual World Championship Same-Sex Ballroom Dancing competition, which the pair competed in and hosted in their hometown on October 21, 2006. ..Szelei and Darabos, who are known as the "Black Swans," are the reigning world champions in men?s Latin same-sex ballroom dancing. They have been training and preparing to host the 2nd annual World Championship and the Csardas Cup, the first-ever Eastern European same-sex ballroom competition. This is the pinnacle event of the blossoming same-sex ballroom scene...Szelei and Darabos went on to win the men?s Standard division and finished fourth in the Latin division. ..The event was organized by the US-based World Federation of Same-Sex Dancing, which hosted the first World Championship Same-Sex championships in 2005 in Sacramento, California. The Black Swans did a large amount of the coordination and planning in Budapest, a city that had never seen an event of this kind. When government funding fell through, they secured funding from patron Desire (accent on the ?e?) Dubounet, owner of the local Club Bohemian Alibi drag club. ..The World Championship events are newly recognized, but same-sex dancers have been competing on a national and international circuit for a number of years, especially in Europe, including at the Eurogames, the Gay Games, the London Pink Jukebox Trophy and the Berlin Open, among others. Countries including the United States, the Netherlands, Germany and, now, Hungary, hold their own national same-sex championships. Hungary held its first national championships in April 2006...Szelei and Darabos spent three months at the Sacramento Dancesport same-sex dance school in California this summer, on the first scholarship offered by 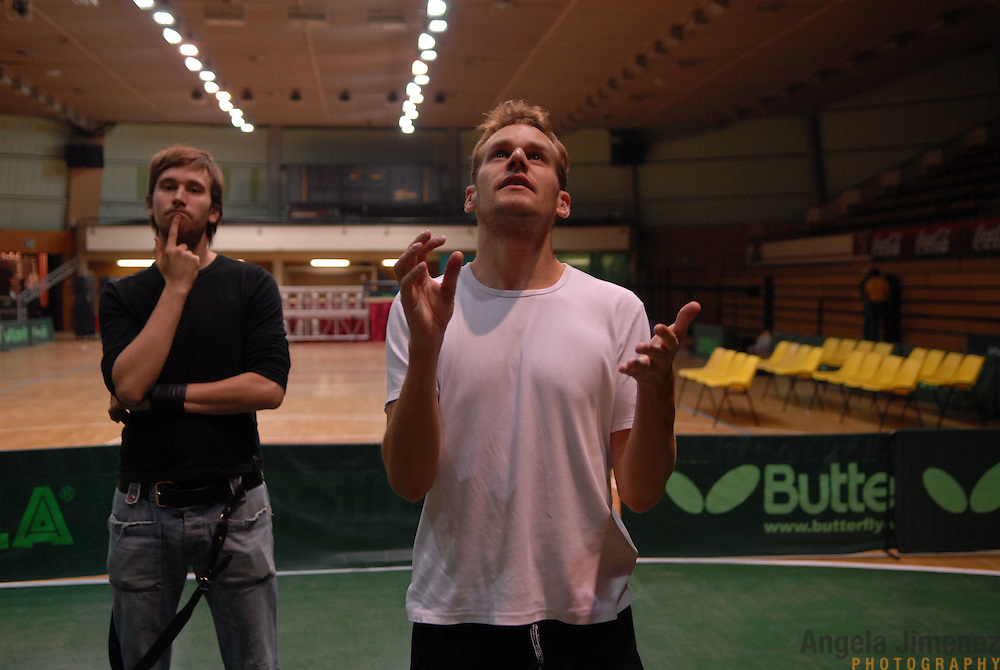