Performer Candis Cayne, left, resets the CD player as she rehearses for two hours in a rented room at Dick Shea Studios in Manhattan with two professional dancers who she hired for a club performance at a party for trans people and their admirers (some of whom Cayne calls "trannie chasers"); Cayne, J.D., center, and Mahi Kekumu, right, choreographed dance moves to Michael Jackson's "Thriller" and a dance version of "Fever." 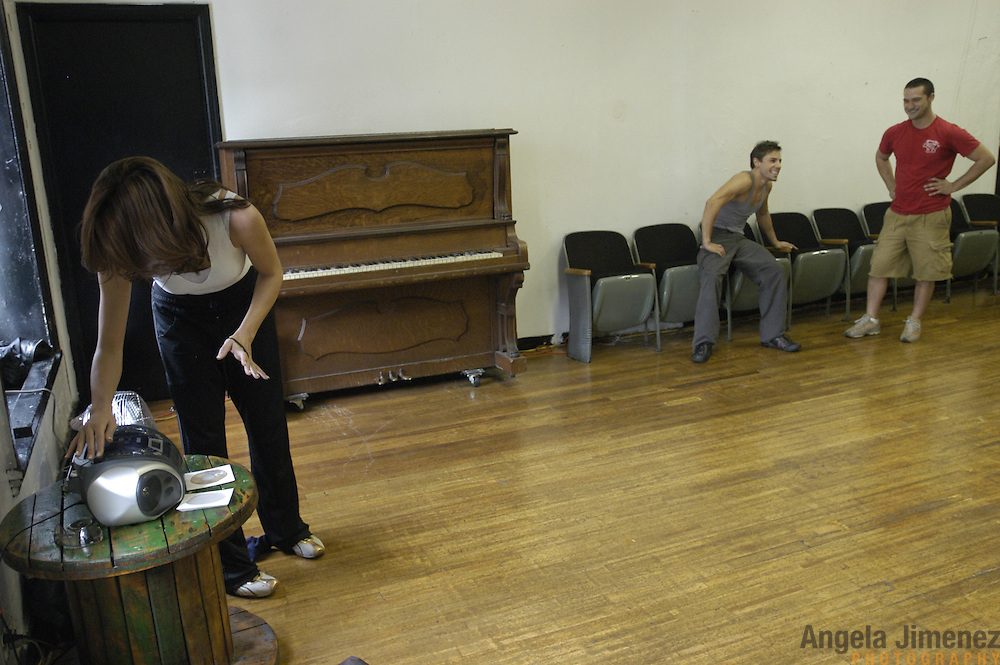