Truck driver Driver Bill McMahon, who was recently rehired by his former employer Copeland Trucking (co-owner Tim Hoag, McMahon's boss is at right) prepares to depart soon in a brand new $145,000 rig from the company's location in Fridley, Minnesota on October 2, 2014.

[ Angela Jimenez/Special to the Star-Tribune angelajime@gmail.com Assignment #20036493A_ SLUG: TRUCK100514_ EXTRA INFORMATION: Minnesota's severe trucker shortage is forcing wages up and creating accommodating working conditions for drivers. That means shorter trips and less time away from family. In Bill McMahon's case, he and Copeland co-owner Tim Hoag struck a deal: McMahon will get to haul a load to his home in California at least once a month, an exception the company made due to the driver shortage. 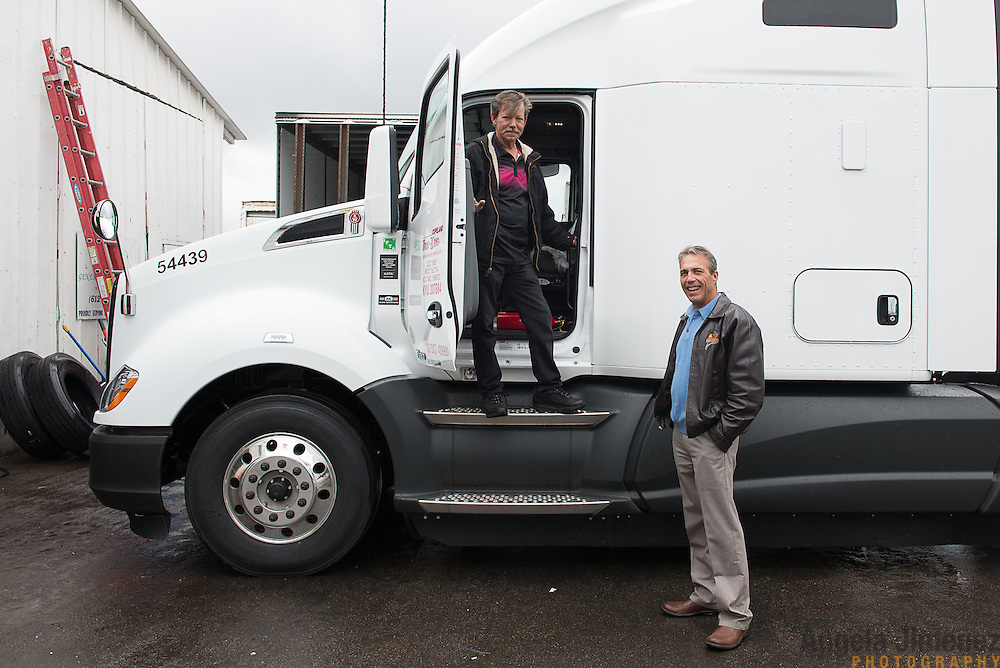