Ruth Balinsky Friedman (Class of 2013) makes notes on a Google doc during class about Jewish law pertaining to the tainting of meat by milk and vice versa, taught by Rosh Yeshiva Rabbi Jeffrey Fox, the only full-time teacher at Maharat. 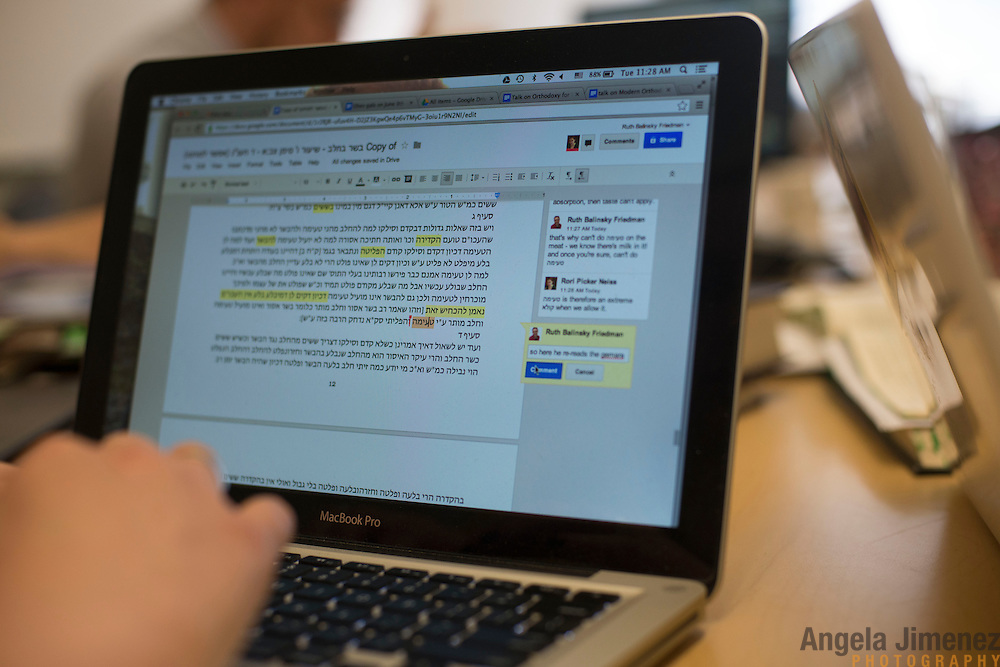