Rori Picker Neiss, a student from Brooklyn (Class of 2014) who will be completing her study remotely while serving in an assistant rabbi role (her title will not be "rabbi" or "rabba") at an orthodox synagogue in St. Louis, Missouri, introduces her newborn daughter Susanna "Suzi" Neiss, to visiting Reform Rabbi Sara Luria, left.

Rabbi Luria, founder of the organization ImmerseNY, was meeting with several of the Maharat students about the community Mikvah training program she is developing in New York City in collaboration with them and other female Jewish spiritual leaders. 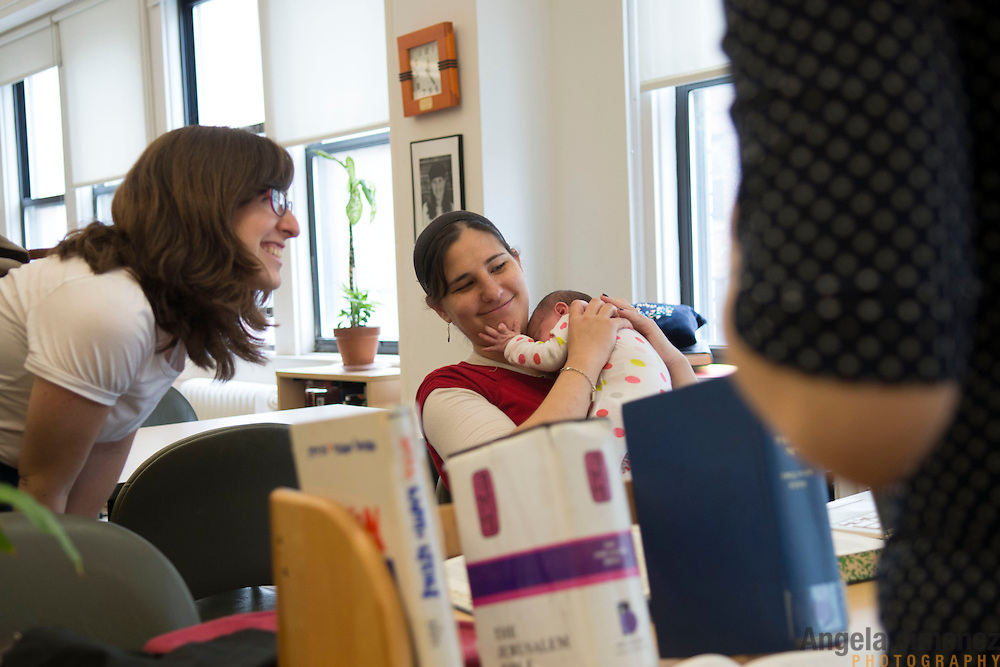