Dancer and event producer Solomon Singer, second from right, watches dancers Bas Gill, far left, and Martijn Diependaal of the Netherlands .during a rehearsal for "A Show Unlike Anything on Broadway!" at Stepping Out Studios in Manhattan on May 2, 2007 in preparation for the 5 Boro Dance Challenge...The locally produced 5 Boro Dance Challenge, New York City's first same-sex dance competition, was held at the Park Central Hotel in Manhattan from May 4-6, 2007. ..The show was the entertainment presented in addition to the competition. ..With Singer are, dancer Jorge Guzman, left, and Singer's opposite sex country western dance partner Nell Mooney.... 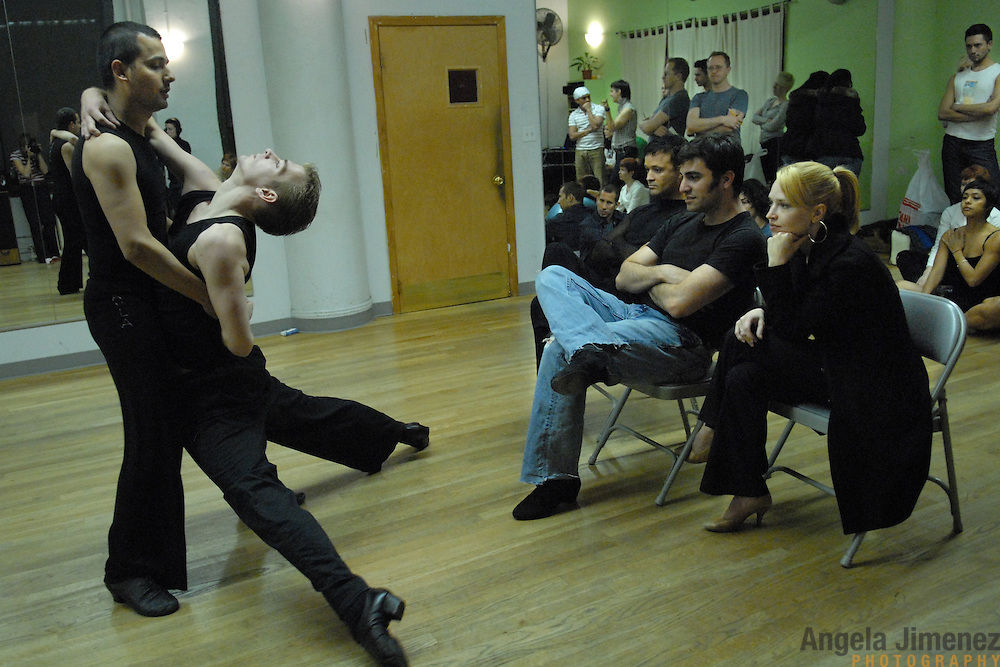