Maharat students, from left, Hadas "Dasi" Fruchter (Class of 2017), Ruth Balinsky Friedman (Class of 2013) and Rori Picker Neiss, (Class of 2014) holding her newborn daughter Susanna "Suzi" Neiss, laugh during a meeting with Rabbi Sara Luria, left, founder of the organization ImmerseNY, about the community Mikvah training program she is developing in New York City in collaboration with the women of Maharat and other female Jewish spiritual leaders.


The female students of Yeshivat Maharat, "the first institution to train Orthodox women as spiritual leaders and halakhic authorities," study at the Drisha Institute in New York City in preparation for the school's inaugural graduation on June 16, 2013. 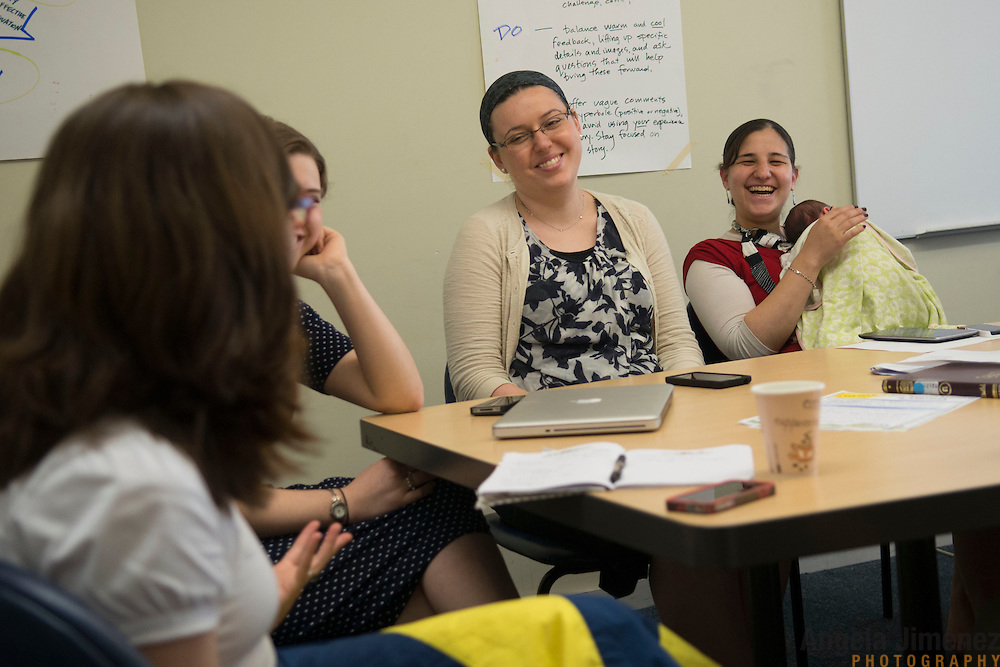