Jason Sole, a criminal justice professor at Metro State University, holds his daughter Jalia, 3, as they join in some impromptu dancing with other participants in the #ReclaimMLK march organized by Black Lives Matter Minneapolis in conjunction with Ferguson Action's national day of action on the Rev. Martin Luther King, Jr. national holiday in St. Paul, Minnesota on January 19, 2015 as the march paused at Snelling and University Avenues (the same place where it began).

The march then continued to the state capitol.

The event also was attended by the family of Marcus Golden, who was killed by St. Paul police officers last week. 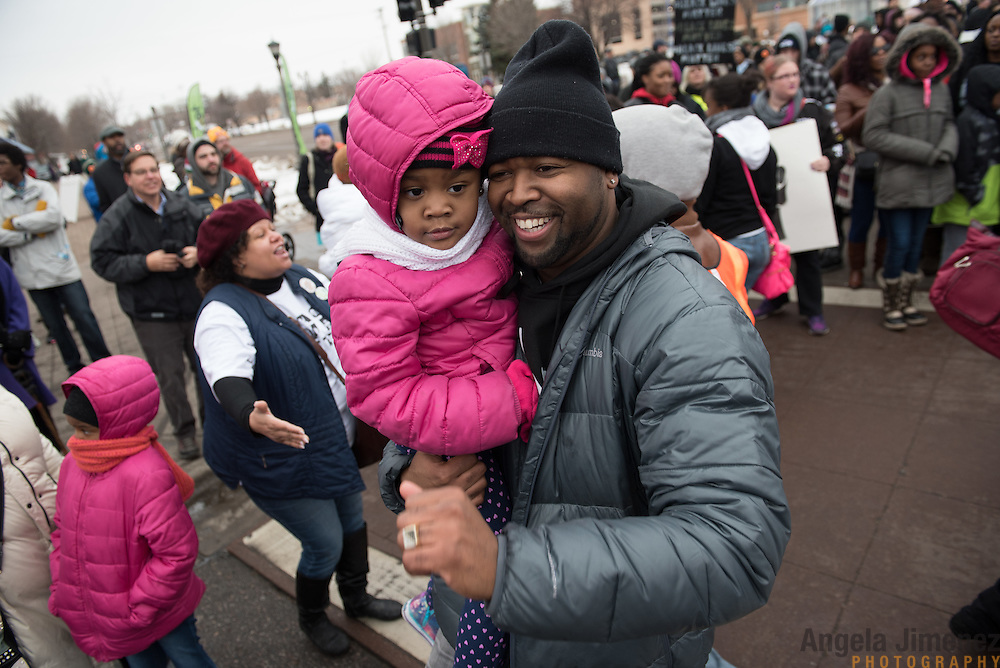