Maharat student Ruth Balinsky Friedman (Class of 2013), third from left, reads the Tefillah K'Hilchata (or Laws of Prayer) while riding the A train from her home in Washington Heights to her study at the Drisha Institute (where the Maharat students meet) in Manhattan on June 12, 2013. 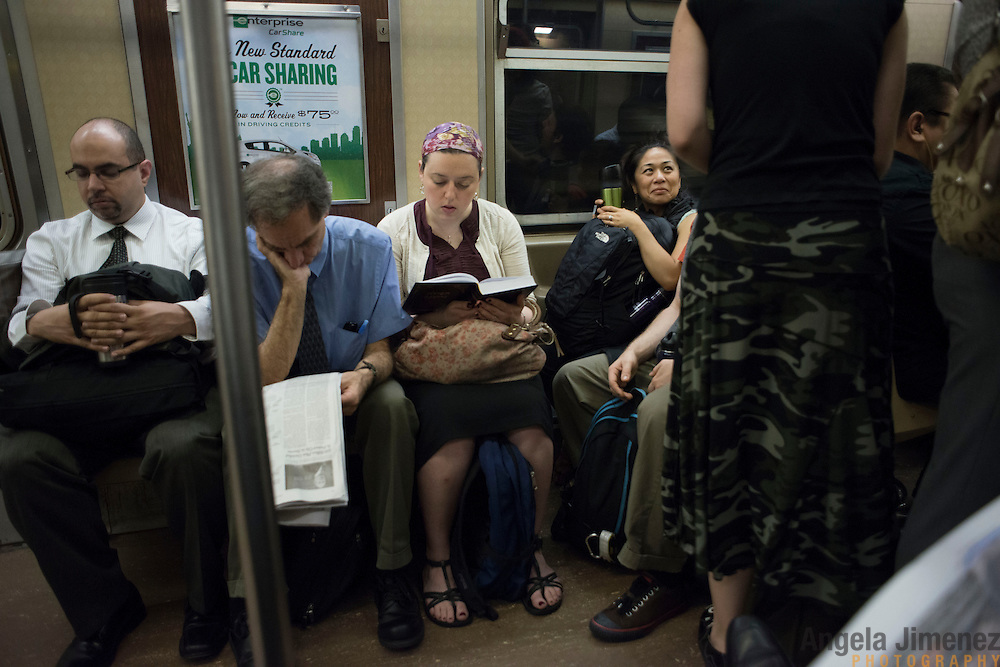