Decontee Sawyer, 34, a Liberian immigrant, the mother of three girls (ages 6, 5, and 1) and the widow of Patrick Sawyer, 40, a Liberian diplomat who was the first American citizen to die of Ebola, lives in Coon Rapids, Minnesota. She is preparing kettele in her kitchen while telling stories about her husband. She says it is the room in the house that most reminds her of him. In the background, CNN broadcasts news about the Ebola epidemic.

Thousands of people have died in West Africa this year from the largest Ebola outbreak on record. 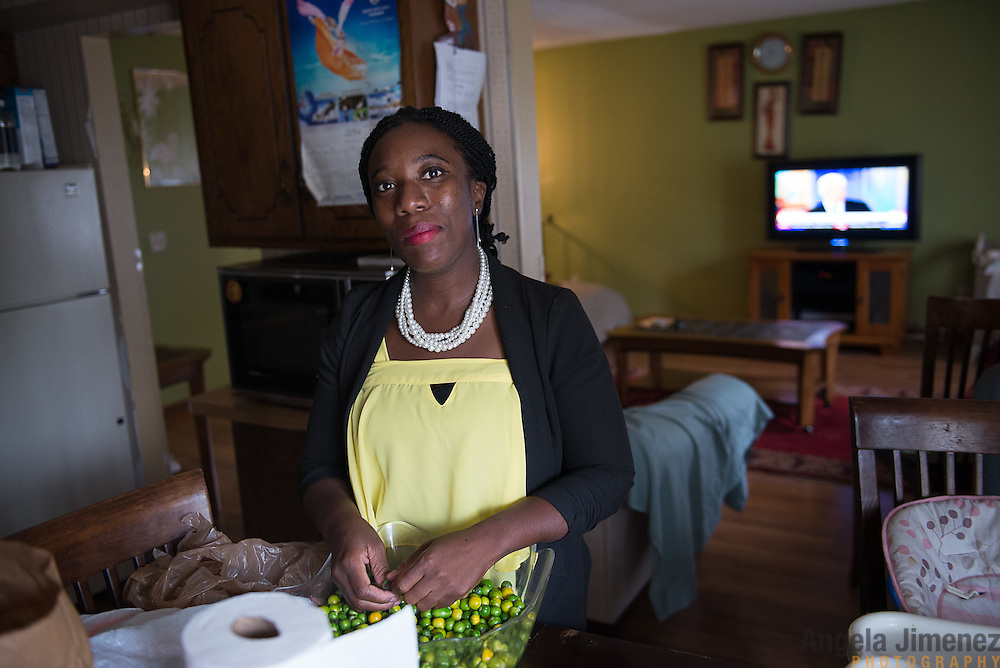