Christel, left, and Miriam Andeweg, a married lesbian couple and dance partners from Holland, pose for a photo in their standard division costumes while competing in the same-sex ballroom dancing competition during the 2007 Eurogames at the Waagnatie hangar in Antwerp, Belgium on July 14, 2007. ..On their hands are their wedding rings. ..Over 3,000 LGBT athletes competed in 11 sports, including same-sex dance, during the 11th annual European gay sporting event. Same-sex ballroom is a growing sports that has been happening in Europe for over two decades. 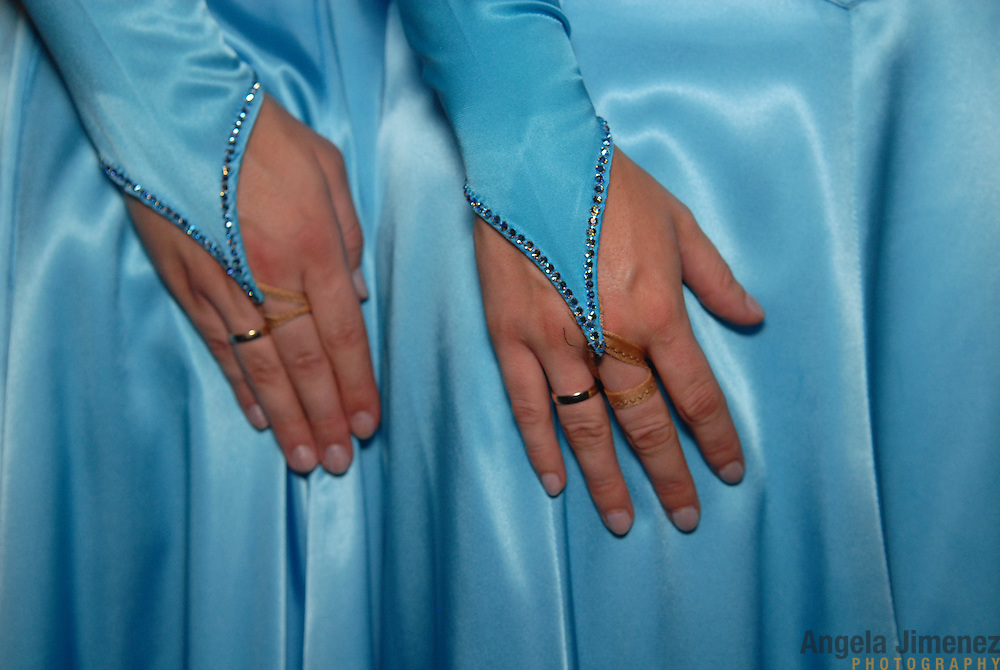