Dancer and event producer Solomon Singer, center, is moved to tears during a rehearsal for "A Show Unlike Anything on Broadway!" at Stepping Out Studios in Manhattan on May 2, 2007 in preparation for the 5 Boro Dance Challenge...The locally produced 5 Boro Dance Challenge, New York City's first same-sex dance competition, was held at the Park Central Hotel in Manhattan from May 4-6, 2007. ..The show was the entertainment presented in addition to the competition. ..With Singer are, from left, dancer Jorge Guzman, filmmaker Heidi Reinberg, Singer's opposite sex country western dance partner Nell Mooney and dance instructor/show participant/judge Simone Assboeck... 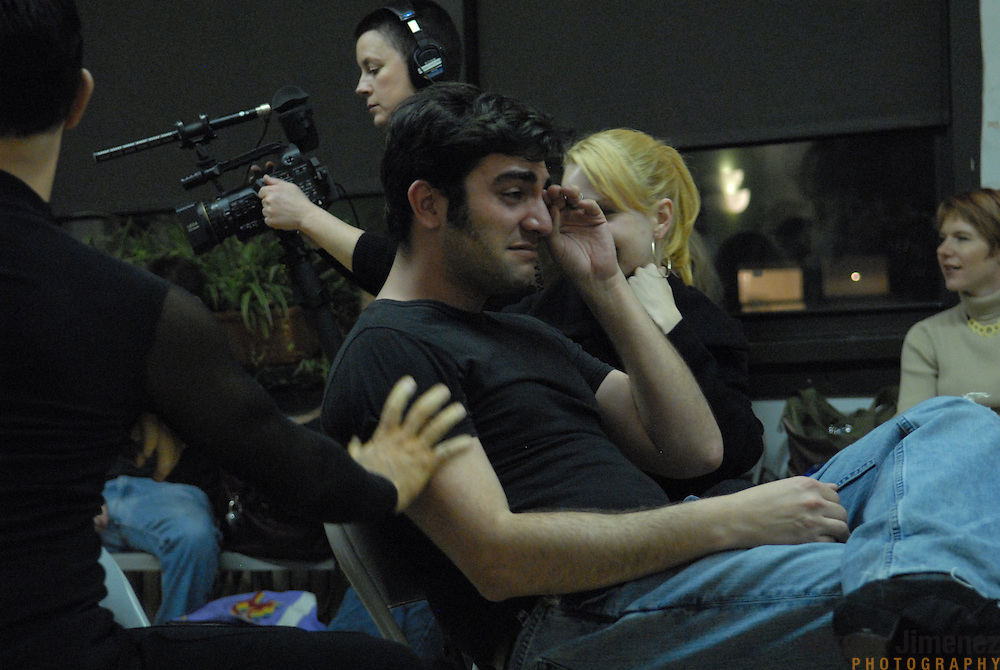