Ga'ti Bala'zs, from left, with dance partner Csaba Csetneki, both of Hungary, and Pascal Herrbach, of Berlin, Germany, with dance partner Gergely Darabos, of Budapest, Hungary, react to the announcement that they are the two finalists in the adult men's standard A division of the same-sex ballroom dancing competition during the 2007 Eurogames at the Waagnatie hangar in Antwerp, Belgium on July 13, 2007. ..Herrbach and Darabos won the championship. ..Over 3,000 LGBT athletes competed in 11 sports, including same-sex dance, during the 11th annual European gay sporting event. Same-sex ballroom is a growing sports that has been happening in Europe for over two decades. 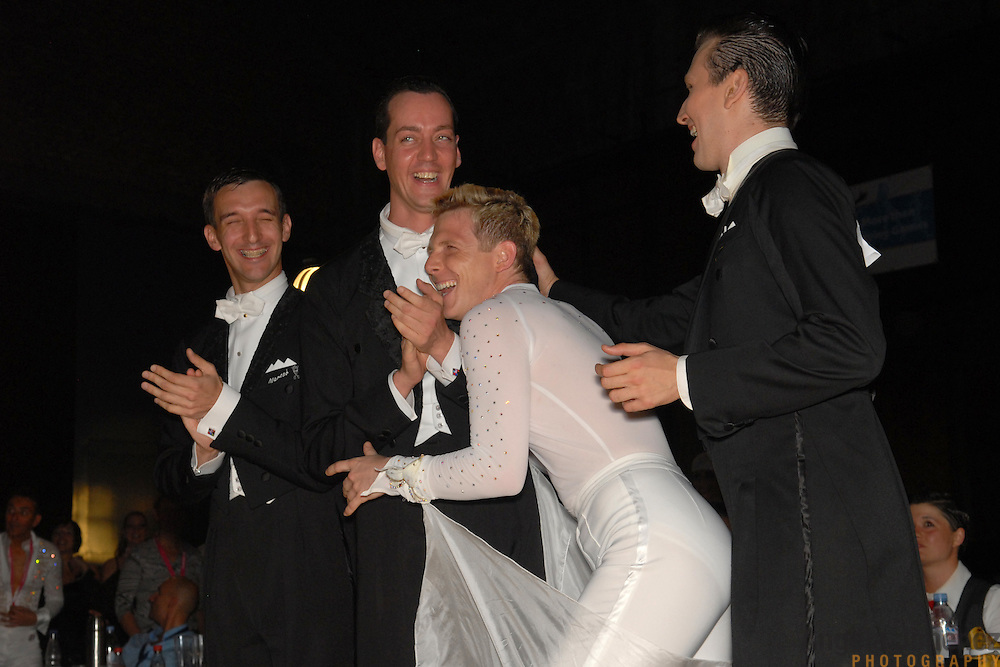