Female same-sex ballroom dancers Jean Matuska, far right, of San Francisco, and Sheila Dodd, of Oakland, California, greet Jacquelyn Lamberty after competing in the women's standard category at the USADSF (United States Alternative Dancesport Federation) Same-Sex Ballroom Championships at Dance Orlando in Orlando, Florida on June 2, 2007...Lamberty's son, Richard, who is from Orlando, organized and hosted the event with his dance partner Stuart Nichols. It was the first time his mother had seen him compete in same-sex dancing live. ..The other dancers pictured are Ann Taylor, from far left, of Alton, Illinois, Barbara Zoloth, of Berkeley, California and Sonja Furiya, also of Alton, Illinois. ..Nine male and female couples from around the country competed in the event, which was the 3rd annual United States championship contested in this sport: the first two championships were held in Sacramento, California in 2005 and 2006. This was the first same-sex ballroom competition ever held in Florida. ..Same-sex ballroom dancing is a new sport which is growing and developing in the United States, but it has a longer history in Europe, where events have been held for over two decades. . 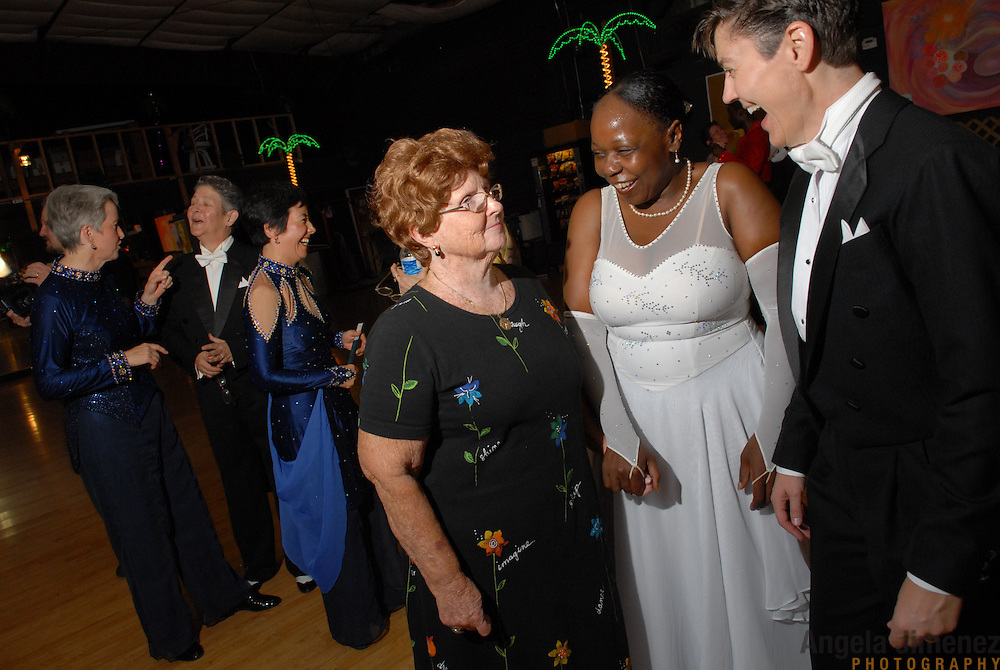