Competitors in the 40-49 year old age group heavyweight division of the Physique (bodybuilding) competition do a pose-off at McGaw Memorial Hall/Welsh-Ryan Arena at Northwestern University in Evanston, Illinois during the Gay Games VII competition on July 19, 2006. 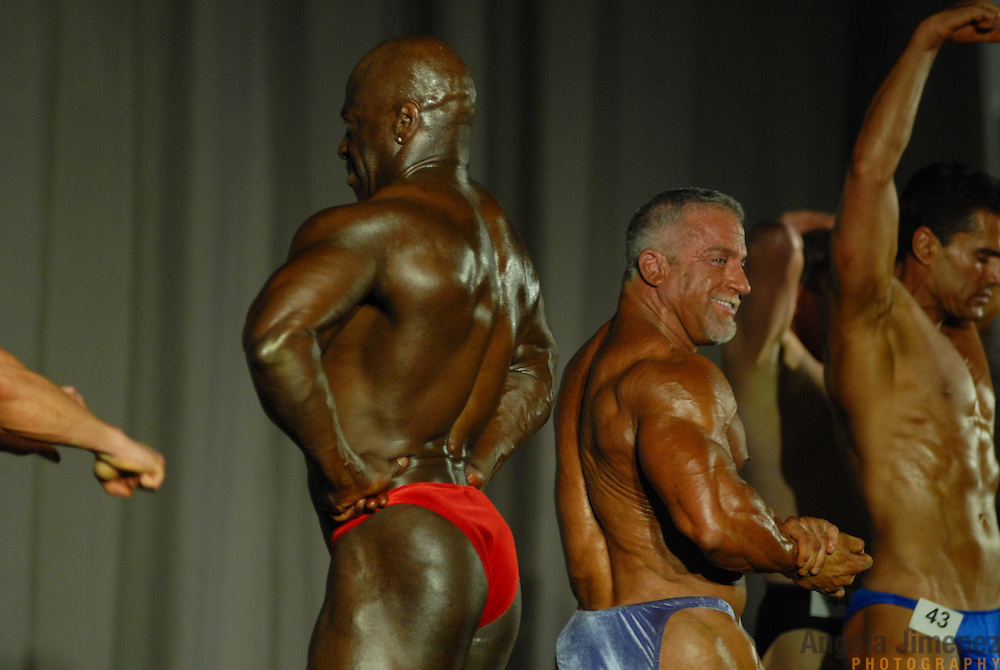