Thea Schwab, left, and Anita Jumelet, center, both of Amsterdam, The Netherlands, hug friends after they danced alone in their division of the senior women's standard event of the same-sex ballroom dancing competition during the 2007 Eurogames at the Waagnatie hangar in Antwerp, Belgium on July 13, 2007. ..It is the womens' first year competing in same-sex dance and the crowd gave them loud cheers. ..Over 3,000 LGBT athletes competed in 11 sports, including same-sex dance, during the 11th annual European gay sporting event. Same-sex ballroom is a growing sports that has been happening in Europe for over two decades. 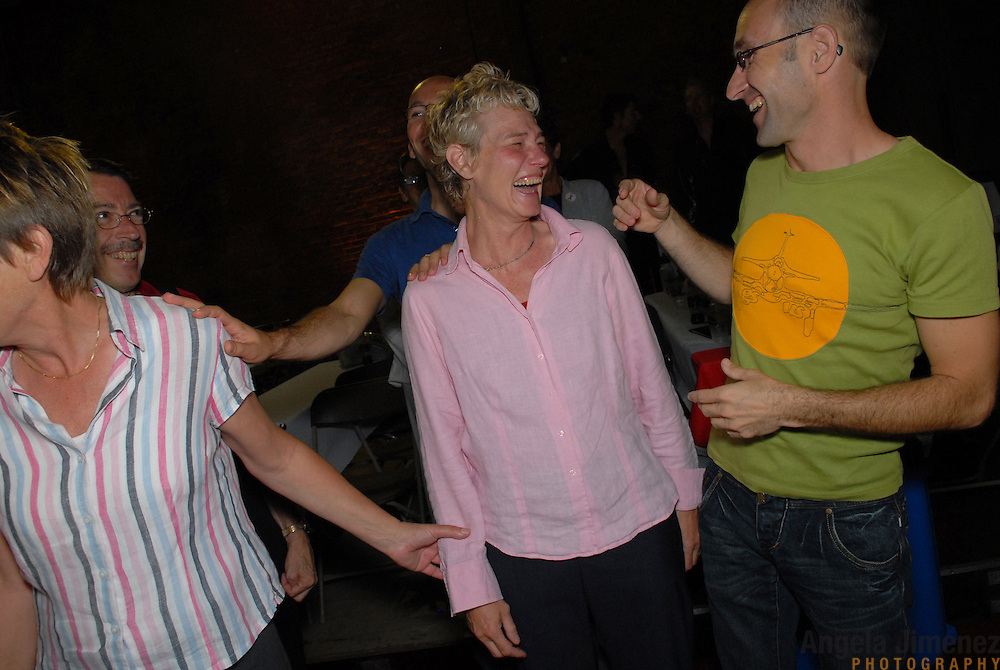