Sampson (Chrissy Sampson), right, tries to get around three of her teammates, including Manila Ice (Rachel Avenido), left, during a three-on-one defensive drill during the Minnesota RollerGirls All-Star team practice at Exhibit Hall B at the Saint Paul RiverCentre in Saint Paul, Minnesota on November 3, 2015.

The team is preparing to compete in, and host, the 2015 International WFTDA Championships at the Legendary Roy Wilkins Auditorium here in Saint Paul, Minnesota from November 6-8, 2015. 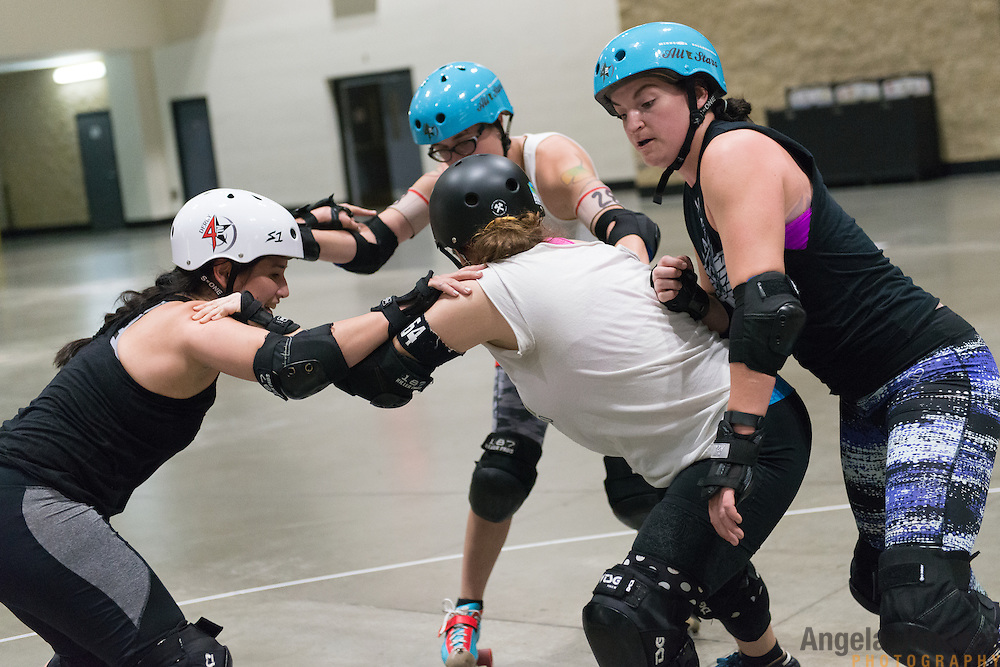