Maharat student Ruth Balinsky Friedman (Class of 2013) rides the subway from her home in Washington Heights to her study at the Drisha Institute (where the Maharat students meet) in Manhattan. She boards the A train at the 190th Street station on June 12, 2013. 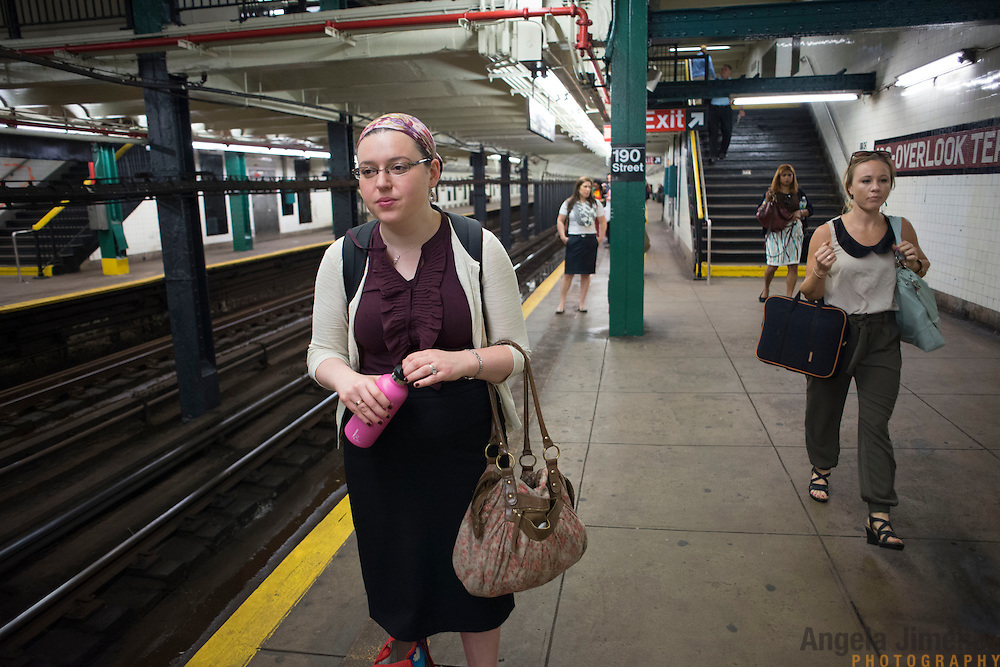