Richard Birkenfeld, a retired steelworker, watches the races at the Aqueduct track in New York City on February 15, 2007. Birkenfeld grew up in Queens just blocks from the old wooden Aqueduct track. When he was 12, he says, he would walk down to the bookie and place bets: a $6 bet on the horse Faint paid out $17 and a $6 bet on Calico Mist paid $84 before the bookie told him to get lost. "I was a millionaire," he recalls. "You could take a cab to Kew Gardens and back for 64 cents." He raced pigeons for a while but the horses are his passion- he's at Aqueduct every day and schedules his doctor's appointments in the morning so he does not miss a thing...Betting on the horses is still a popular game and the money still flows, but off track betting and other forms of entertainment have eroded live attendance at the races. The daily diehard betters and horse lovers who sparsely populate the place on work days are joined by a bigger crowd on the weekends. ..The Aqueduct, located in Ozone Park, Queens, is the only horse racing track in New York City and probably the coldest in the country (most of the others are in Kentucky, Florida or California). Horses race on the winterized inner dirt rack from January 1st through the end of April. Aqueduct was built in 1894, renovated in 1959, then opened for winter racing in 1975. It is the winter race track operated by the New York Racing Association (NYRA), which also runs Belmont and Saratoga in the warm seasons. Betters at Aqueduct watch and bet on the nine daily live races and all other races around the country via Simulcast. .. 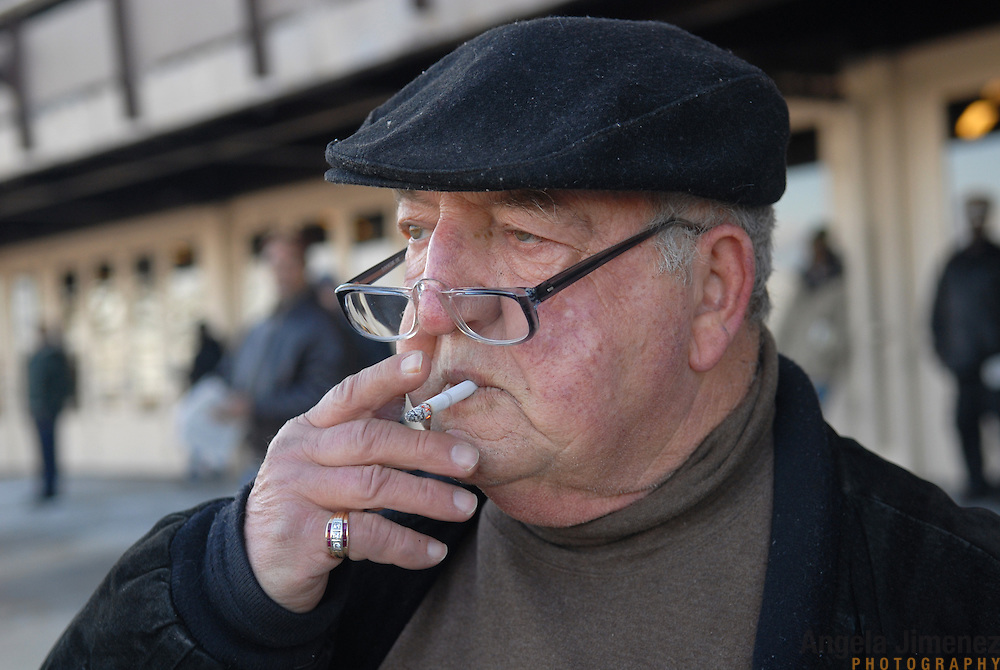