Noel Baggett, top in blue suit, of the Golden Gate Wrestling Club, spars with Ross Ward. Both are from San Francisco, California. 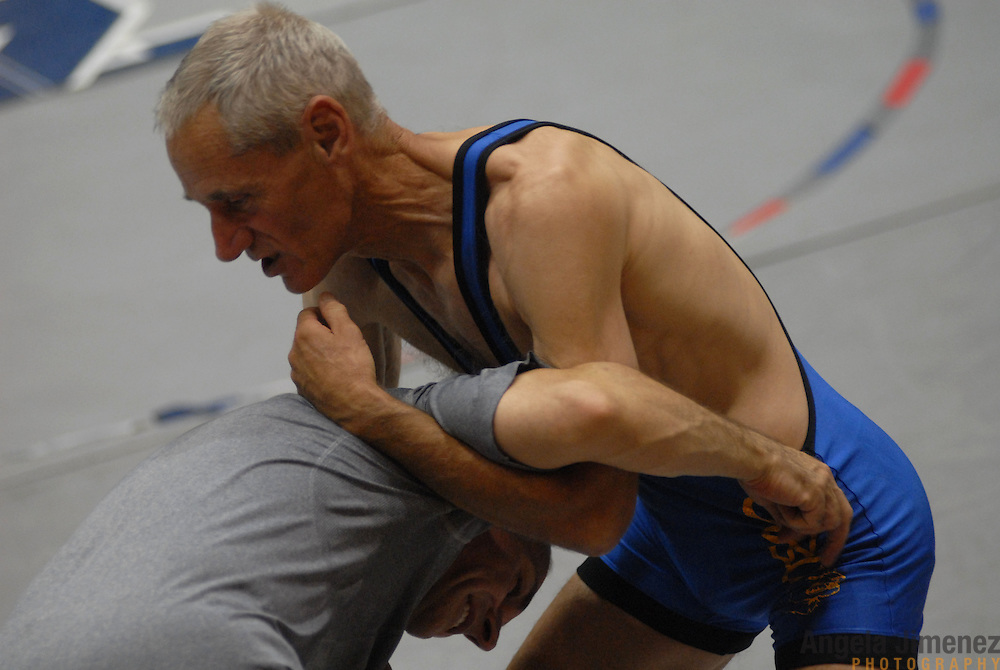