Gay and lesbian athletes from around the world gather at Soldier Field in Chicago, Illinois for the Opening Ceremonies of the Gay Games VII competition on July 15, 2006. 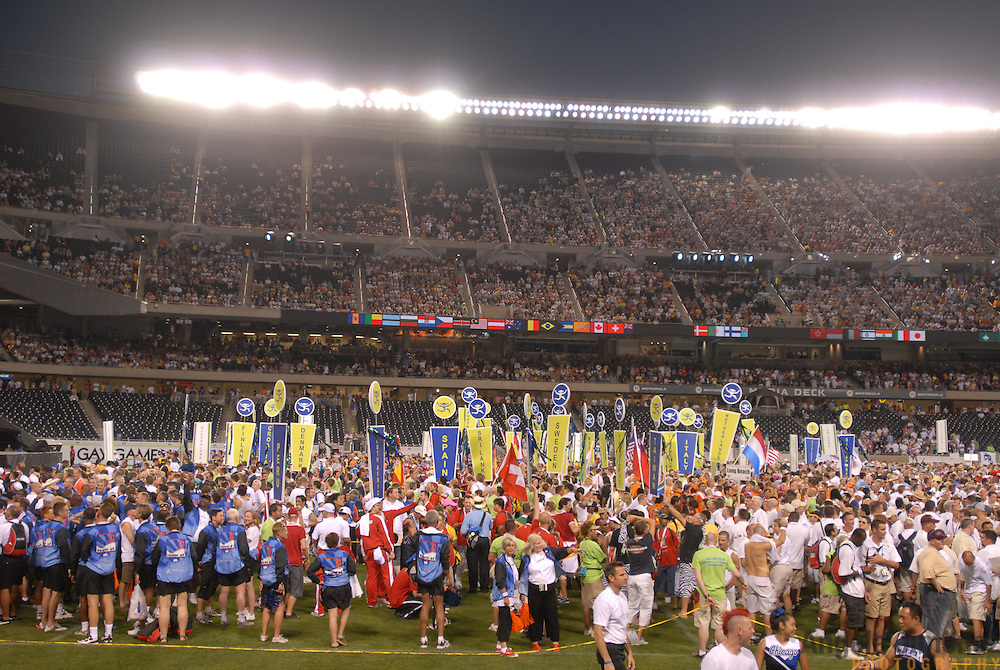